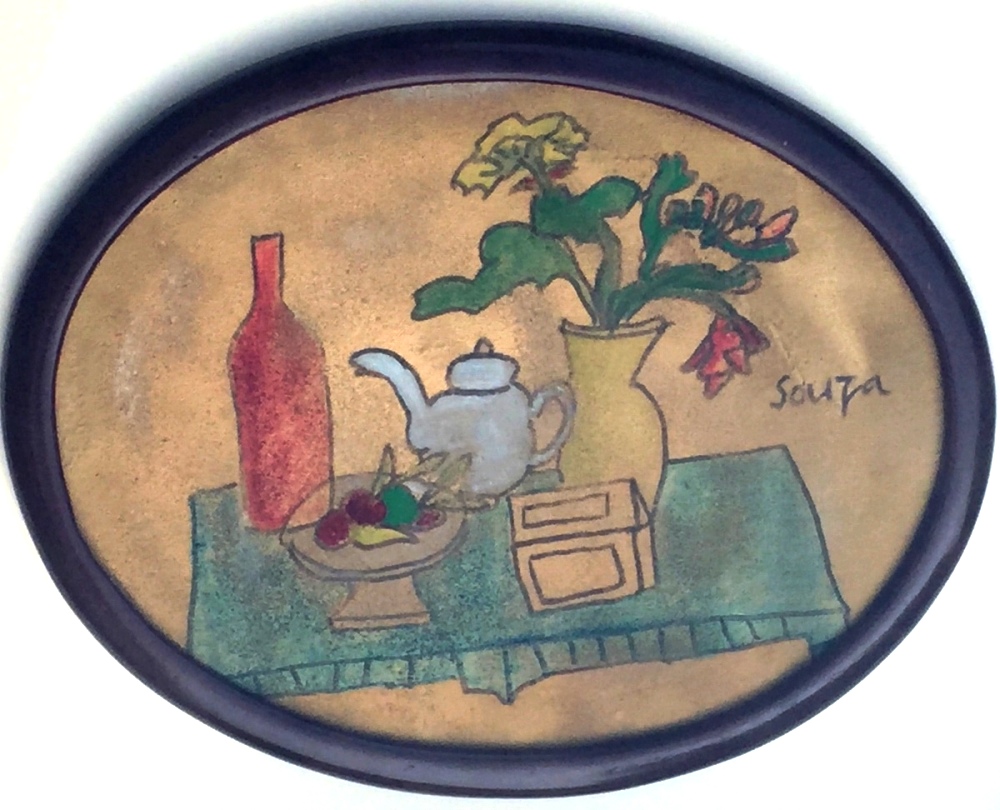 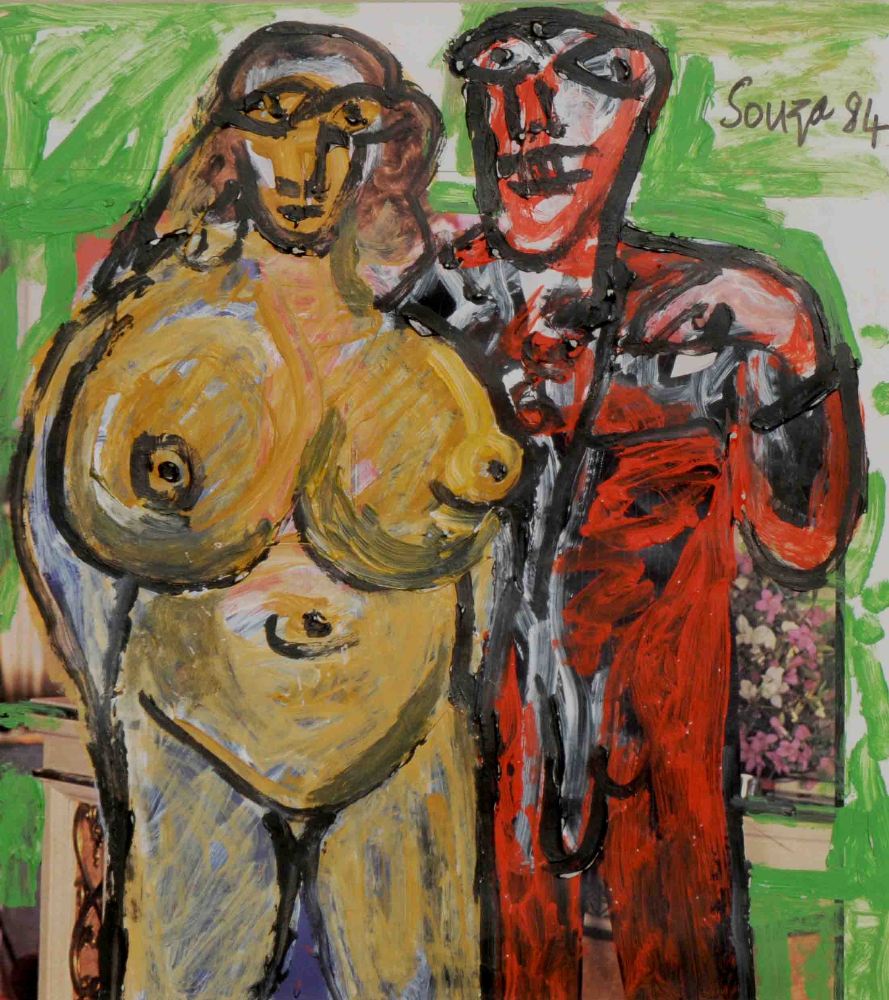 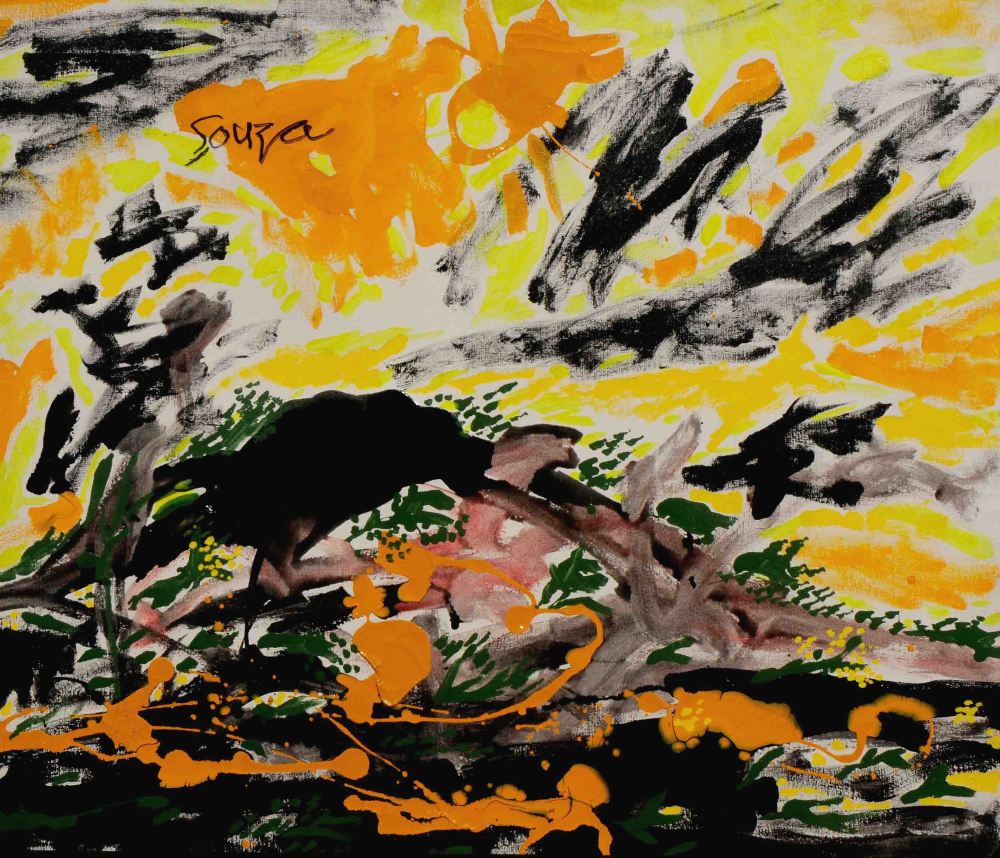 Francis Newton Souza was born in 1924 in Saligao, Goa. The artist lost his father at a very young age and was afflicted by a serious bout of small pox. The young Souza vowed to go about life on his own terms. As a student he was expelled for participating in the Quit India Movement while studying at the Sir J.J. School of Art in Mumbai. In 1947, along with S.H. Raza, M.F. Husain and K.H. Ara, among others, he founded the Progressive Artists Group. An Expressive, powerful genius, Souzas canvases were sharp and provocative.

His powerful graphic style covered various subjects like still life, landscape, nudes and icons of Christianity, bold and distorded form reflecting impatience and defiance. Souza's works have reflected the influence of various schools of art, the folk art of his native Goa, the full blooded paintings of the Renaissance, the religious fervour of the Catholic Church, the landscapes of 18th and 19th century Europe, and the path-breaking paintings of the moderns. A frequesnt theme in his works was the conflict in a man-woman relationship. In his drawings with a few strokes, he managed to capture fine detail in his forms.