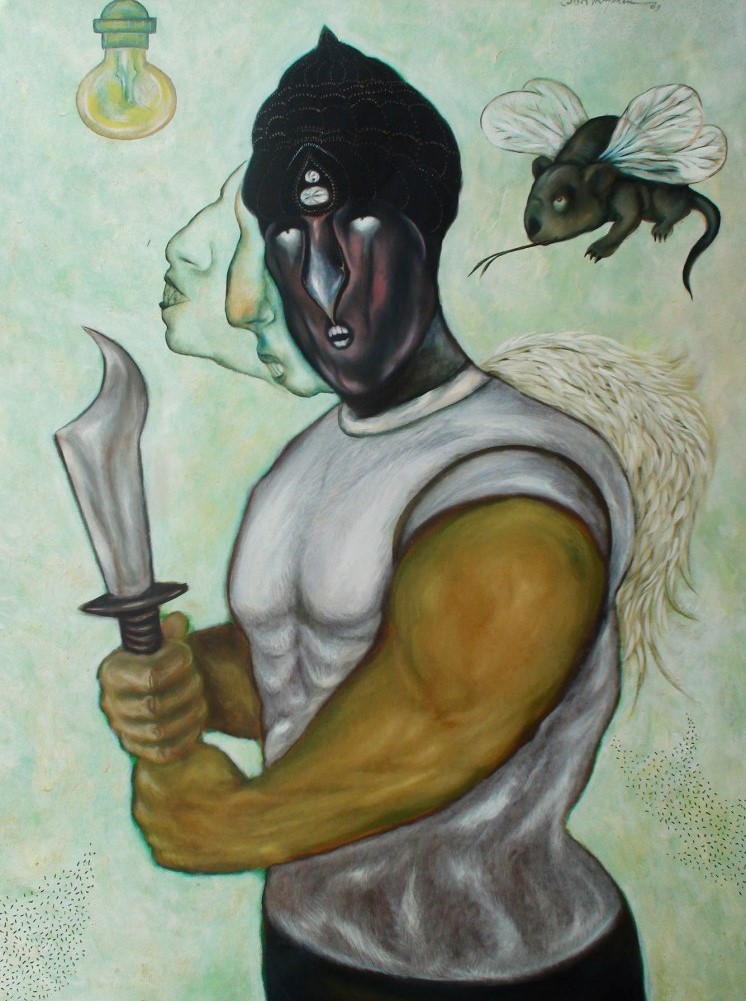 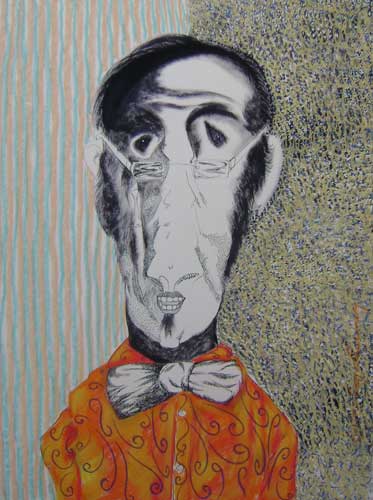 Born 1975 in Goa Viraj Naik did his BFA at the Goa College of Art in Panjim, and later his MFA from Sarojini Naidu School of Fine Art at the Central University, Hyderabad, working closely with the celebrated graphicist K Laxma Goud. He has also been Guest Faculty Member at Sarojini Naidu School of Fine Art, University of Hyderabad. Returning to his base in Goa he has set up an informal workshop-platform at Vasco da Gama to help fellow artists while also pursuing his own artistic practice. Viraj a proficient and established graphic artist and printmaker displays the same mastery of skill in his paintings be they in oils, acrylic, mixed-media usage or drawings in graphite, charcoal and crayon. Viraj with an innate understanding of colour and texture, employs it with a restrain and telling effect. His graphics are evocative of movement and action, traversing from the world of the credible to the incredible. A fine story teller his paintings part human part animal, spell a variety of fictions pregnant with variable interpretations depending on one’s own experiences and ways of seeing. Recipient of several scholarships and awards including the State art award, he has about four solo shows to his credit and has participated in many important group exhibitions as well art workshops in various part of the country. The artist lives and works from his studio in Goa.