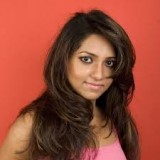 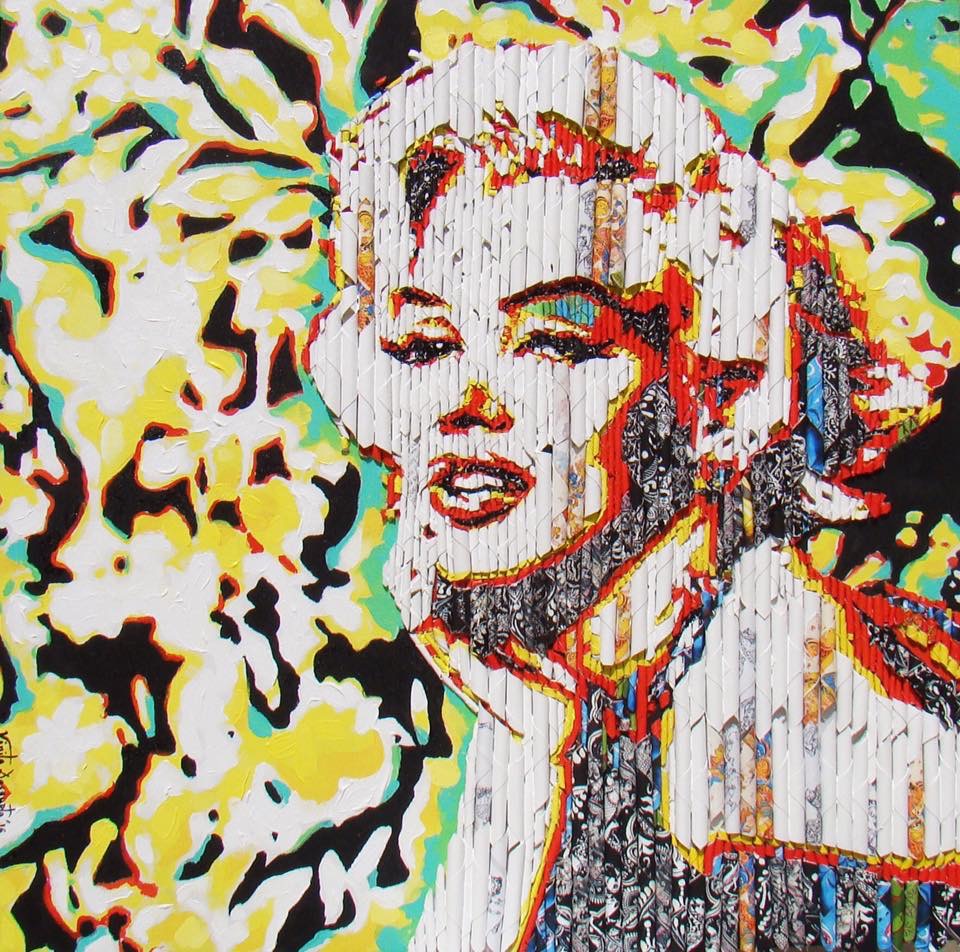 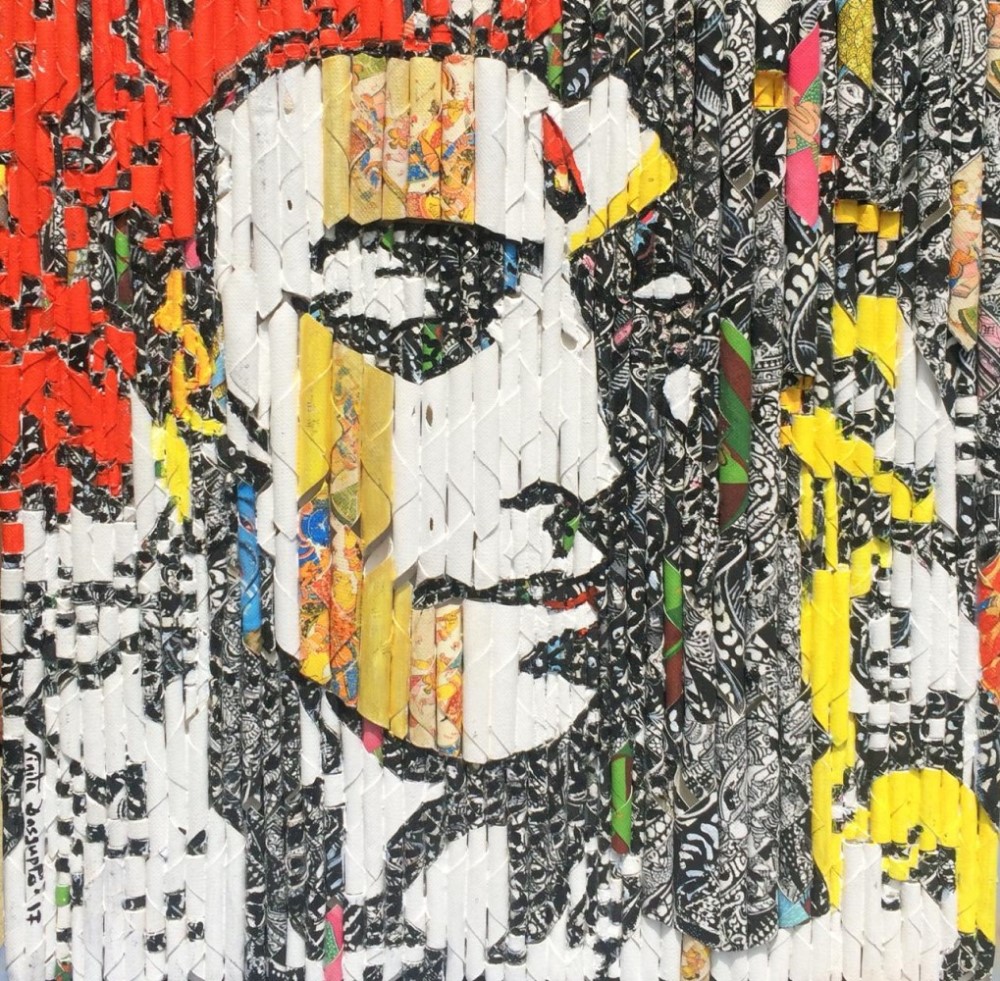 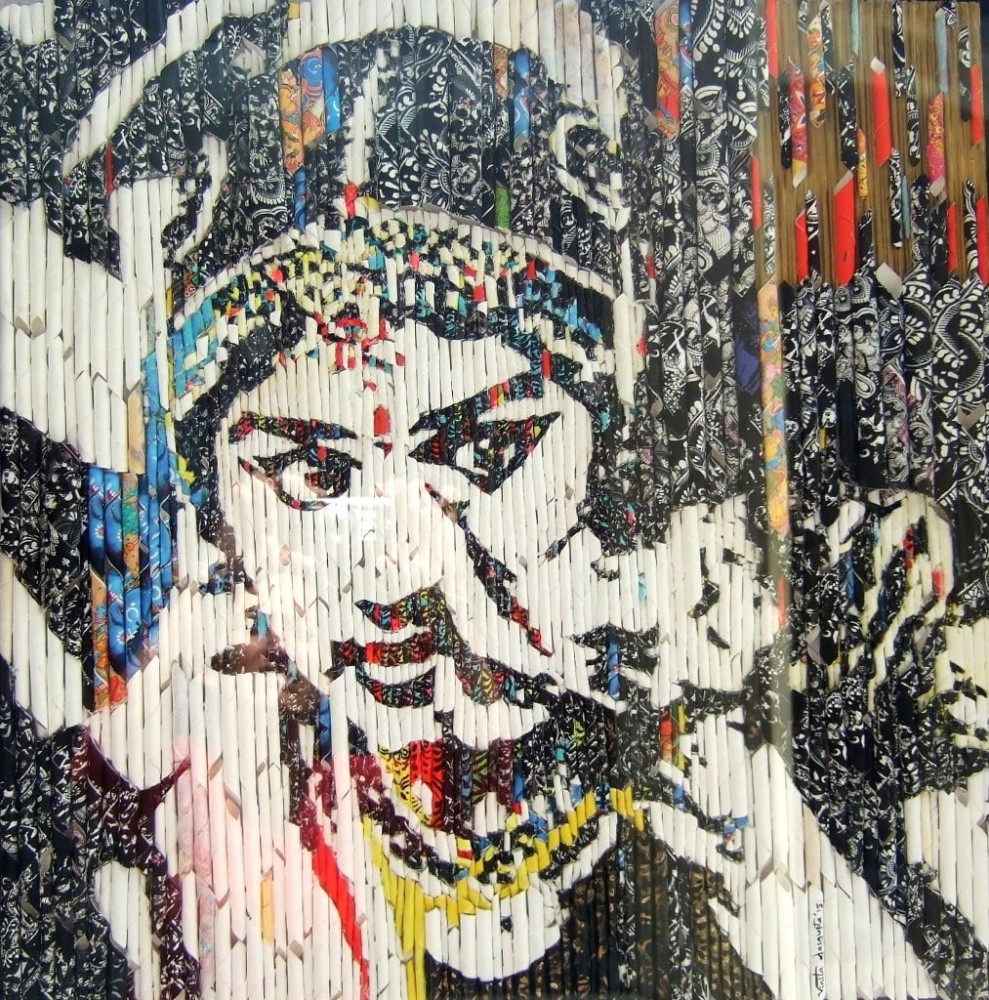 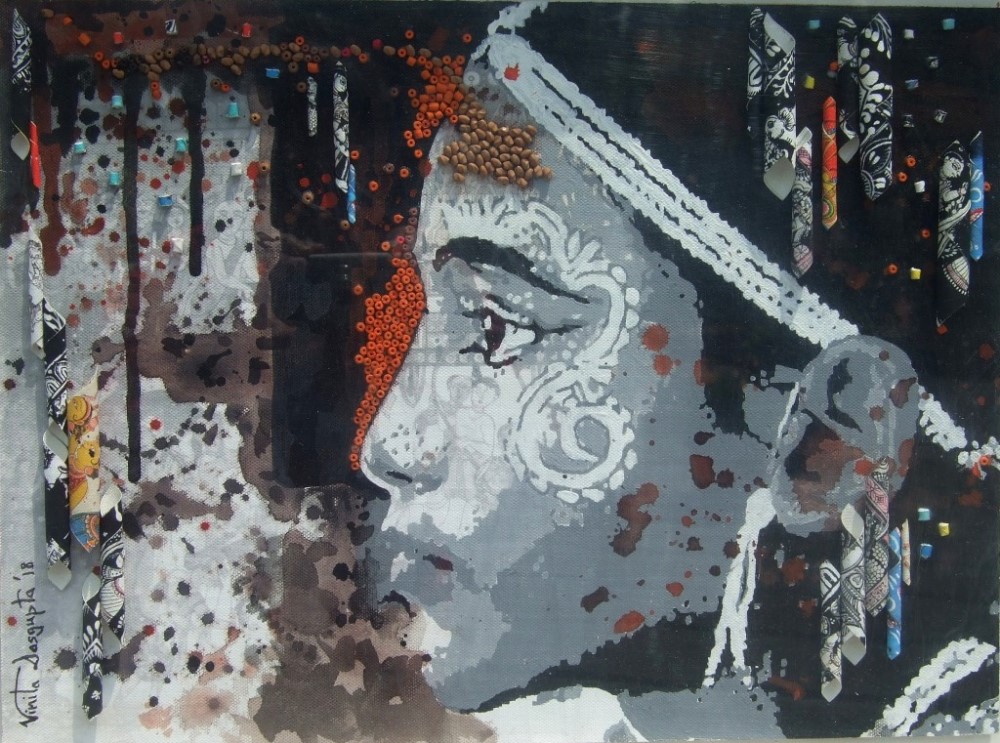 Vinita Dasgupta, born in the city of Kolkata, in 1983. The artist did her BFA in 2005 & MFA in 2008, both from Collage of Art, New Delhi. The artist has exhibited in numerous prominent shows. Her Solo Shows ‘Story teller: stories told and retold’, ‘MY WINDOW SHUT TO OPEN’ & ‘Fashion and Attitude/ Womanhood under Scanner’ received a very positive response from the collectors.

Vinita has been a recipient of many prestigious awards -  “National Fellowship from Ministry of Culture for the year 2013-2015;  “National Scholarship from Ministry of Culture for the year 2008-2010; “Art for social change award’’ from United Nations Population Fund-India, New Delhi 2008; National Scholarship in Painting by Ministry of Culture, HRD for 2yrs from 2009-2011, New Delhi; her painting awarded at the International Painting competition organized by Château des Réaux , France, February 2009;  Work got published in ICRC (RED CROSS) for their magazine , 2005; Awarded merit certificate in 2004 by YMCA at AIFACS and Yuva Mahotsava by Sahitya Kala Parishad New Delhi 2002; Awarded merit certificate from College of Art Delhi in 2003 & 2005; Painting got selected & exhibited by the Lokmanya Tilak Foundation, Pune in 2002; Won Modi Arc award for painting on Ratha Yatra festival and was printed in their group calendar in 2002; Participated in workshop organized by Sahitya Kala Parishad, New Delhi 2007.

Vinita Dasgupta, a bright name in the horizon of contemporary artists, has proved herself very often and often that she can carry the vital lampeda of the predecessors. She has been already successful in creating a new style of her own. Surrealism mixed with abstract ideas, she has explored a new and unique dimension by plotting to three dimension painting. This new style has already acclaimed fame and personification to the inland and outland art lovers, scholars and serious art critics.

“My aim is to make the viewer interpret and to become more involved in my imageries. For me, to be successful as an artist, the viewer needs to stand in front of my work and feel something.

To me, my art is about the process of discovery, the synthesis of my personal feelings, colour that inspires me and technique that I use : It's a piece of who I Am.”