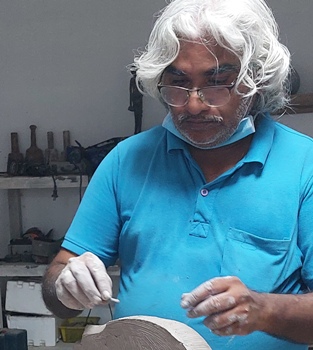 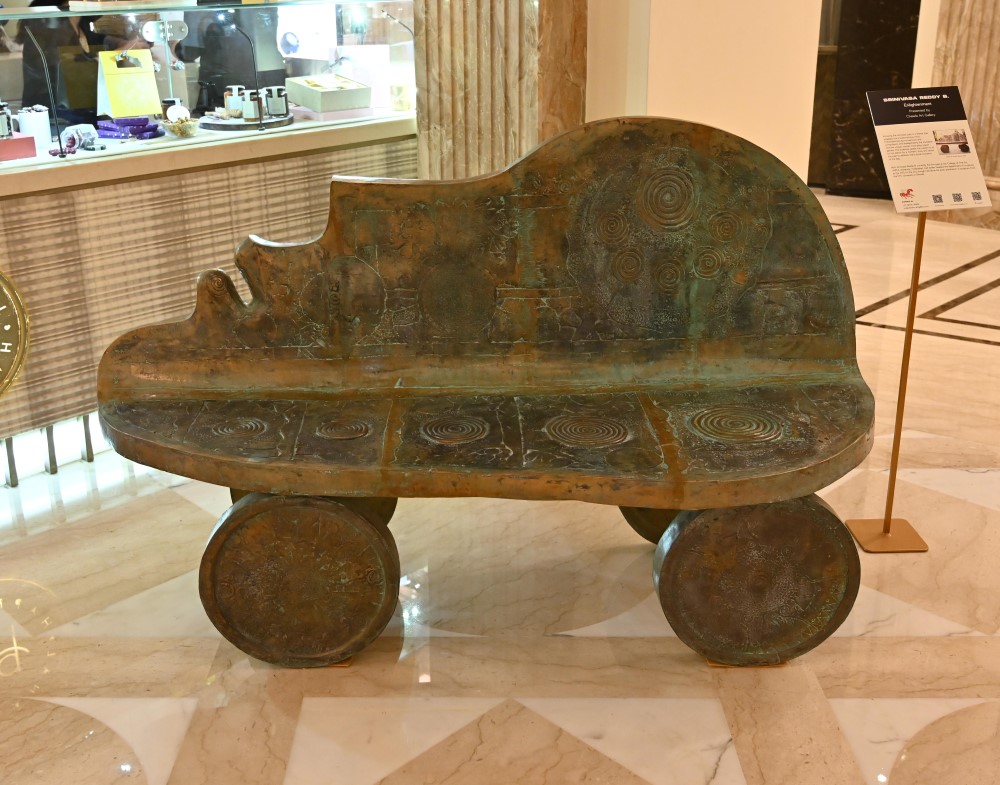 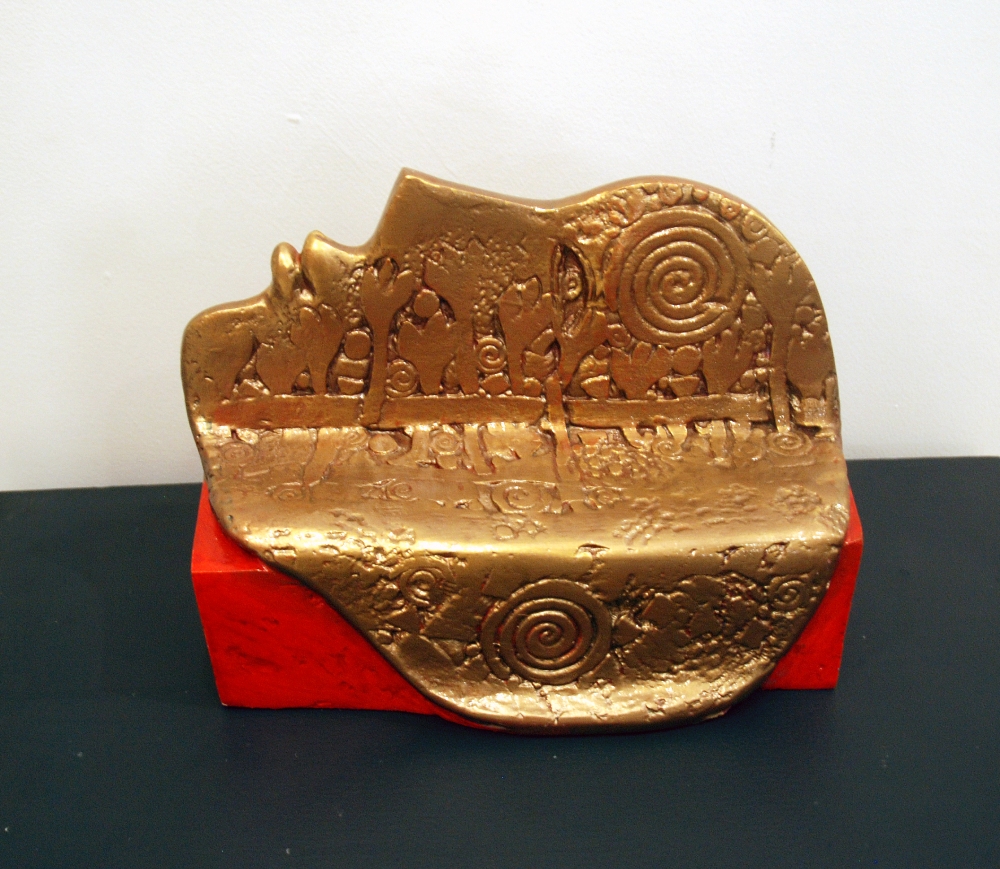 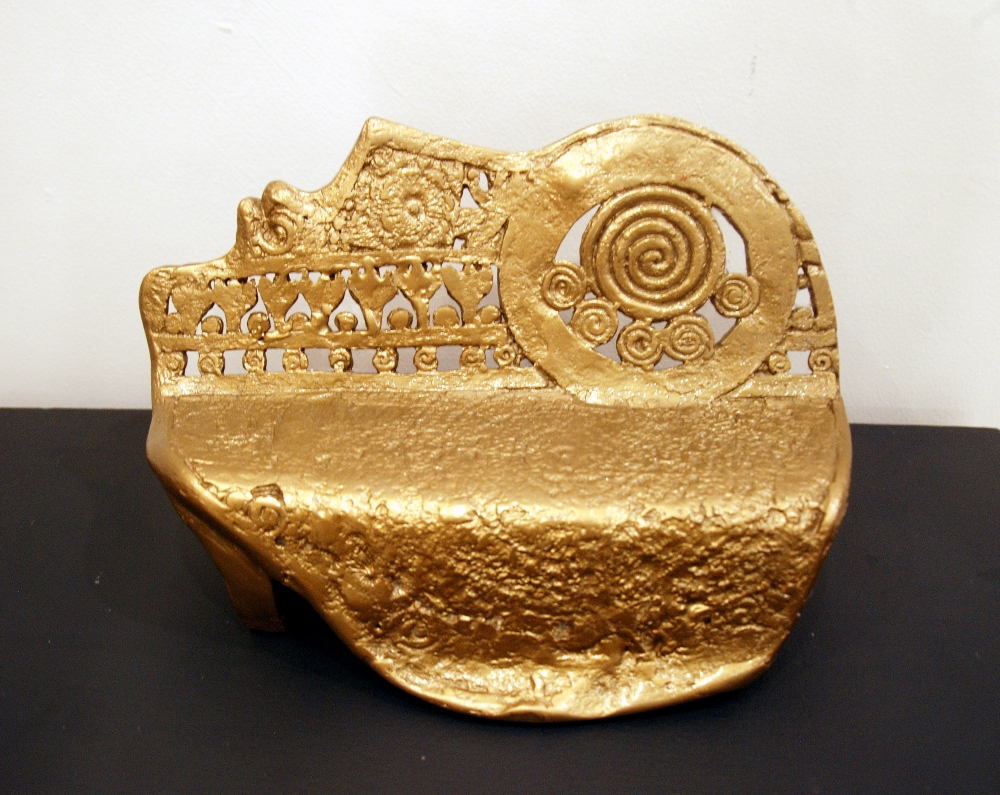 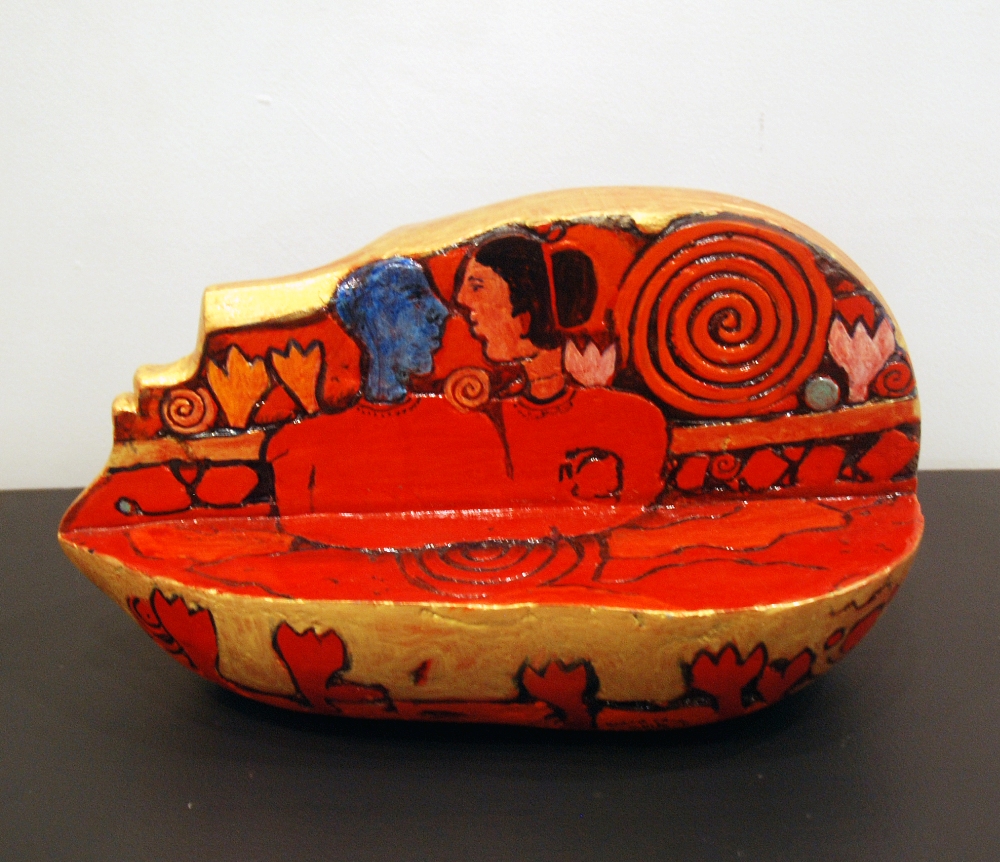 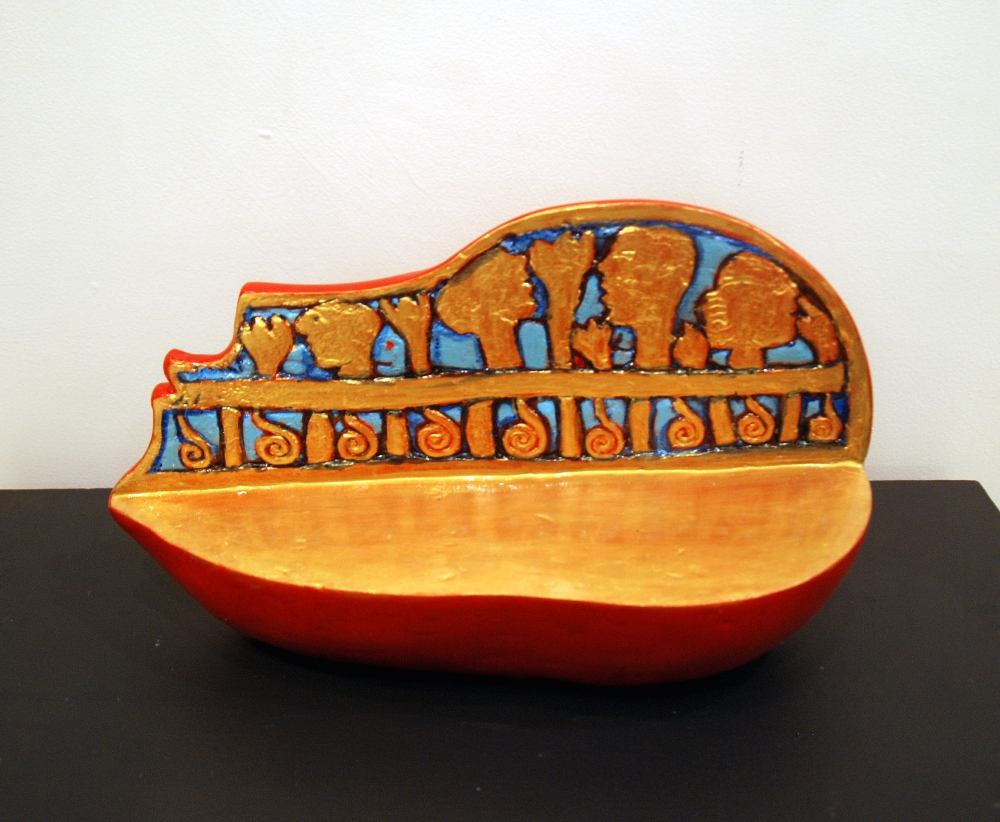 Srinivasa Reddy (full name Professor Bolla Srinivasa Reddy) born in 1964 in Suryapet in Telangana grew up in an agrarian family with limited resources. The parents were both illiterate and none of their four children took a keen interest in studies. Srinivas recalls failing the class X exam twice as he took more interest in doodling with charcoal and making posters in support of the communist movement. Life took a positive turn when Srinivas joined the JNTU College of Fine Arts and Architecture and moved to Hyderabad to pursue art, a subject he was passionate about. Passed his graduation in sculpture with a Gold Medal. Encouraged by the success he went on to study for his post-graduate diploma in sculpture from the M.S. University in Baroda and followed it up with a residency at Kanoria Centre for Art in Ahmedabad.

The multifarious training and the odd jobs and assignments he undertook to sustain himself through this difficult phase, made him more confident and competent in handling different media be it terracotta, fiberglass, bronze, stone, painting or drawing. Reddy’s . sculptures come adorned with paintings in vibrant colours and entail engraving. Thematically much of his work rotates around heads featuring glimpses of mundane human life. It emphasizes clean geometric lines that balance the human forms and heads through symbolic allusions and representations. The surreal elements float in dreamy markings and sequencing on the sculptures while symbols appear illogical reflections of an unconscious mind or what is known or unknown. The head even though sleeping, seems suggestive of what is in the mind, not merely a representation of the outward form. His sculptures also point to the chaos in human life and one’s obsession with nostalgia, trying to break the burden of histories. There are compositions that address social concerns be it a small-sized work or a monumental one or a site-specific installation. Srinivas’ heads and other works also take a deviation to engage with spirituality, memories and human experiences. The surreal artworks suggest an affiliation with the forms in Picasso, Rodin and Brancusi’s work. In a representation of mundane realities, they get lined with subjective consciousness.

Currently the Principal at the College of Fine Art, JNAFAU in Hyderabad, earlier, Srinivas Reddy headed the department of sculpture at the JNTU in Hyderabad where he taught students for nearly three decades. In the course of his career, the artist has done several commissions and created large sculptures for the state authorities and corporate houses. He has organised various workshops, symposiums, interactive platforms, art camps and exhibitions to support the artists. His work has been displayed in numerous exhibitions in various Indian cities and abroad. It is part of the collections held at Gallery of Modern Art, Delhi, Lalit Kala Akademi, Chennai, Kerala Lalit Kala Academi and Reliance Group among others. Awards he has won include the Best Sculptor Award, Telangana, Pratibha Puraskar from Sri Potti Sriramulu Univ Hyderabad, National LKA award Delhi, State LKA Award, AIFACS Award and Hyderabad Society University Gold Medal, among others.  The artist lives with his wife also a sculptor and his two sons in Hyderabad and works from his studio in the city.