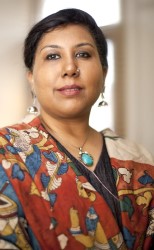 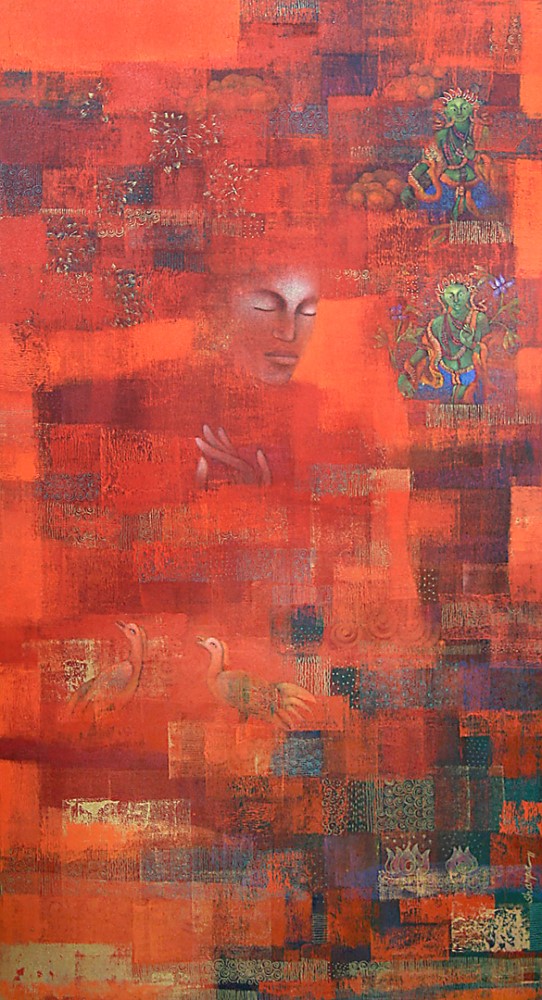 Shampa Sircar Das did her B.F.A. (Painting) in 1993 from College of Art, New Delhi followed by M.F.A (Painting) from Jamia  Millia Islamia in 1995.

The rich Indian cultural heritage and Indian Philosophy inspire Shampa’s works. The works are resplendent in symbols that are embedded in a common cultural matrix. The canvas becomes a large area of space, a void, where forms are constantly resonating, emerging out, expanding and then dissolving into it. Transience and a sense of movement in these paintings touch the viewer with the play between form and emptiness. Replete with cosmic energies and symbolisms floating all over her canvas, her works is a study in the power of the spirit within the domain of human and earthly ancestry. Shampa has participated in numerous prestigious Solo & Group Shows.