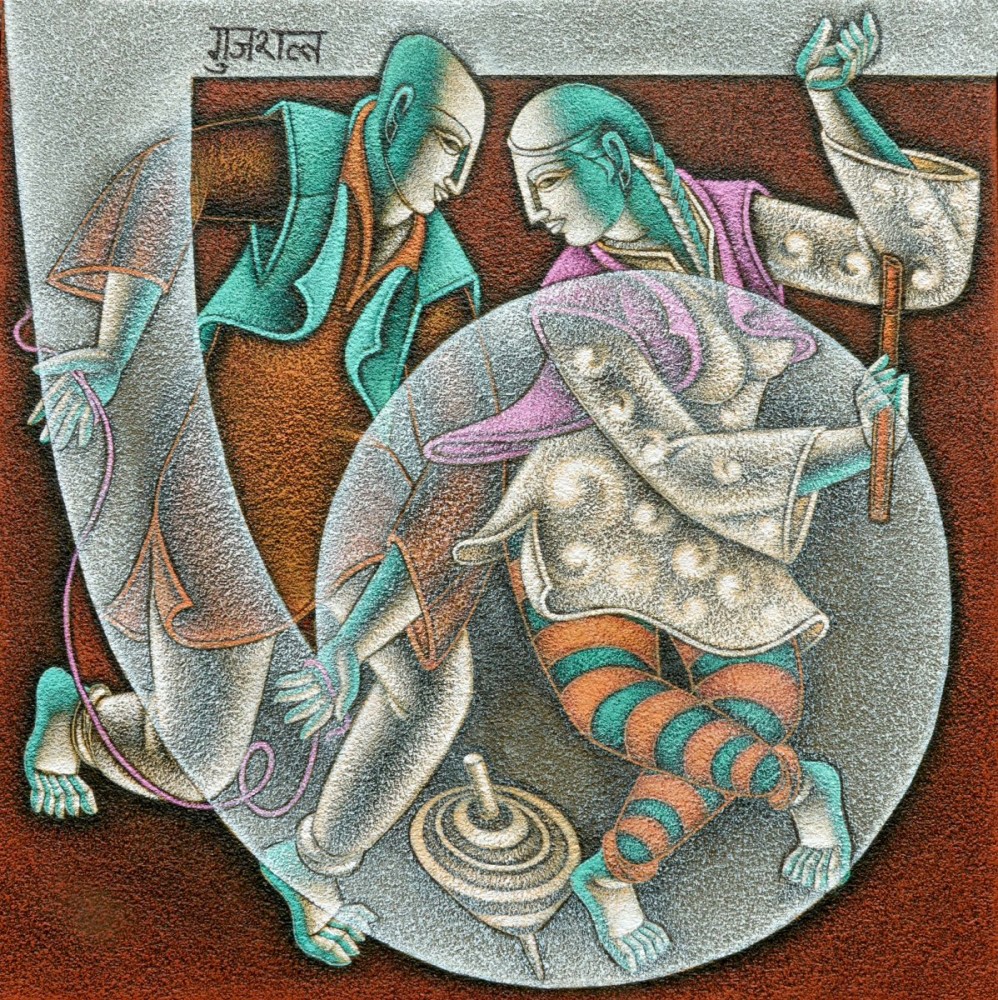 Satish Gujral can be aptly described as an artist, muralist, sculptor, architect and writer of international fame. The artist painted in a neo-realistic style, breaking away from influences of modern European art. He was influenced by various techniques & concepts and never hesitated to experiment in diverse materials. This led to his mastery in many techniques, mediums, forms that include folk, tribal, the modern & the contemporary.

Born in Punjab, in the year 1925, Satish Gujral at a very early age suffered from a hearing disability. In 1939, Gujral joined the Mayo School of Art in Lahore. Then in 1944, he joined the JJ School of Art in Bombay where he met the members of the Progressive Artists Group (PAG). Gujral, however, did not accept the PAG’s brand of modernism, and continued his exploration for an identity traditional in nature.

Gujral, in 1952, received a scholarship to study at the Palacio de Bellas Artes in Mexico City. There he was inspired by renowned artists Diego Rivera and David Alfaro Siqueiros, who were pioneers of the muralist movement at the time.

The artist had exhibitions all around the world and won numerous national and international awards. He was a three time National Award Winner for painting and sculpture, and the recipient of the Padma Vibhushan in 1999 – the second highest civilian award in India. The Belgian government conferred upon him the ‘Order of the Crown’ for designing the Belgian Embassy in New Delhi – a building that was selected to be among 1000 outstanding buildings of the 20th century by an international jury.