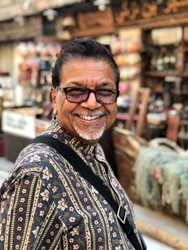 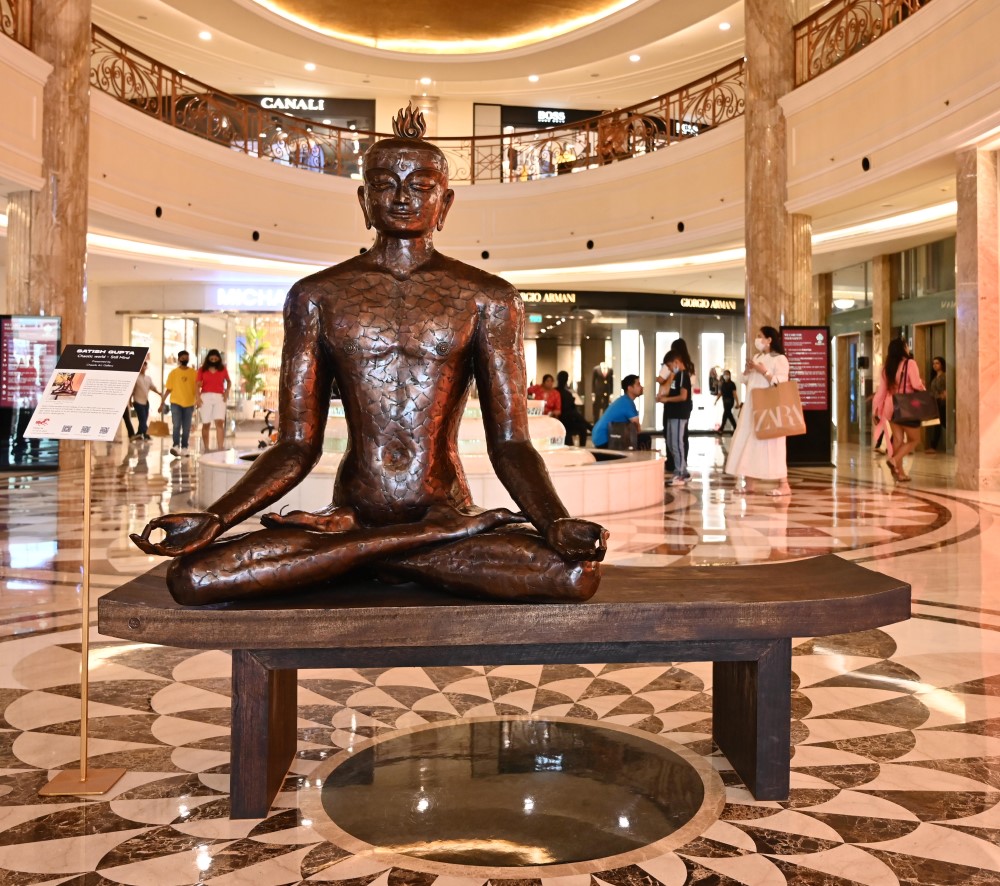 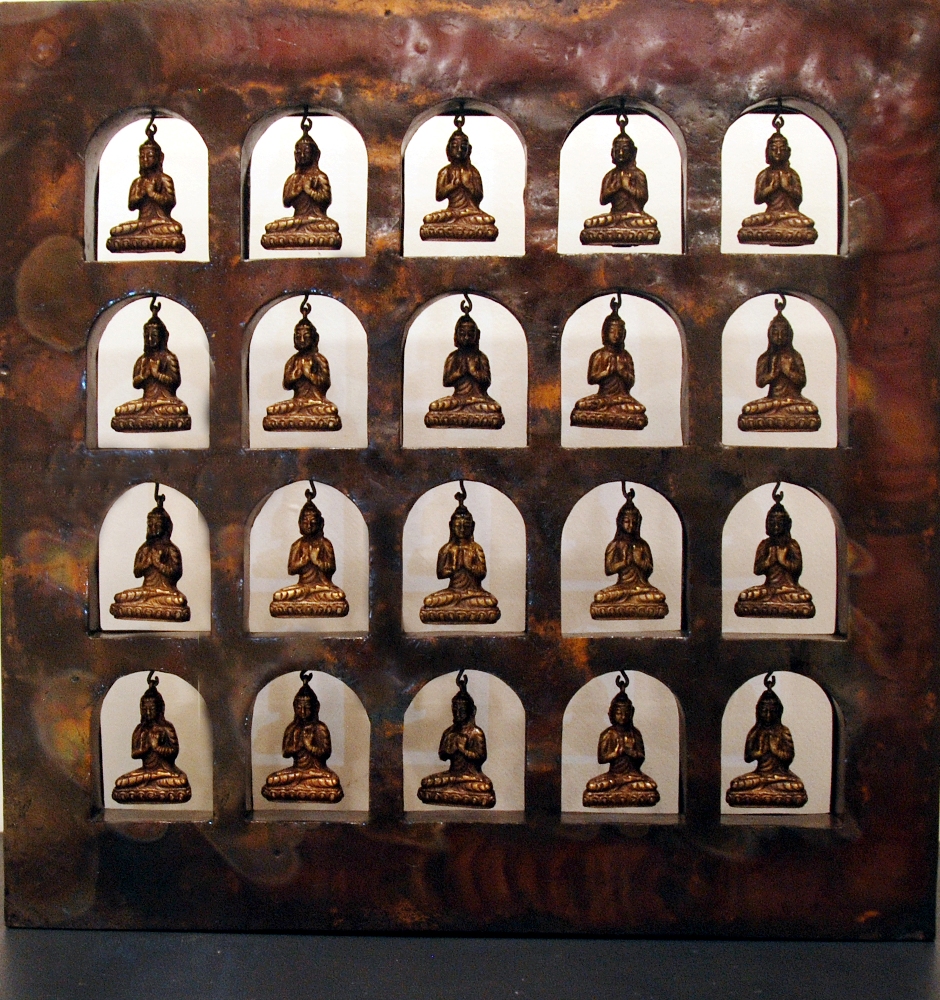 Satish Gupta born in 1947 in Delhi, grew up in a business family rooted in the city. His interests though, from early childhood veered towards art. Hence after finishing his schooling, he joined the College of Art in New Delhi and trained as a painter. Winner of the prestigious Sanskriti Award at an early age, he also received a French scholarship which took him to Paris where he specialized in graphics and on his return started his career as an artist.

Satish Gupta is a multi-faceted artist. He has expanded his creative domains to include sculpture, poetry, writing, painting, murals, printmaking, designing, calligraphy and ceramics. Whatever the medium, the work appears filled with deep mysticism and Zen spirit. His evocative paintings, black & white minimal drawings and magnanimous sculptures portray icons of the Indian realm and his poetry echoes Zen philosophy linked to the spiritual world. With his deft handling, the artist turns hard metal into serene and delicate sculptures be they in hand-held size or as monumental installations. Satish’s expertly designed and executed work comes in a mix of metals including bronze, copper, steel and iron. Some of his masterpiece sculptures occupy central spaces in several institutions across India, including the international airports at Delhi and Bangalore, The Leela Palace hotel in Chanakyapuri, Delhi, Zen Forest at Ritz Carlton, Bangalore and the sculpture inspired by five primal elements at the Jindal Centre in Delhi. His painting ‘MA’  one of the longest canvases in the world, spread on the beach in Pondicherry focused on the issue of global warming while his monumental calligraphic work was shown live at the ILBS institute in Delhi. His Zen text, drawings and poetry have been published widely.

Satish Gupta’s work has been exhibited in nearly 40 shows held in various galleries across India. Internationally, it has been shown at  Venice Biennale, at The Deborah Colton Gallery in Houston both in 2017, At Shanghai Museum of Modern Art in China and The National Museum in Slovenia besides in Los Angeles and Germany. He was one of the finalists for the prestigious Art Laguna Prize at Arsenal in Venice. Satish’s work is part of the permanent collections held at the National Gallery of Modern Art, New Delhi, Museum of Sacred art, Brussels, Prince of Wales Museum (CSVS), Mumbai and at Isha Ashram in Coimbatore besides prestigious private collections. Satish Gupta lives in Delhi, and works from his Zazen studio of own design on the outskirts of Delhi.