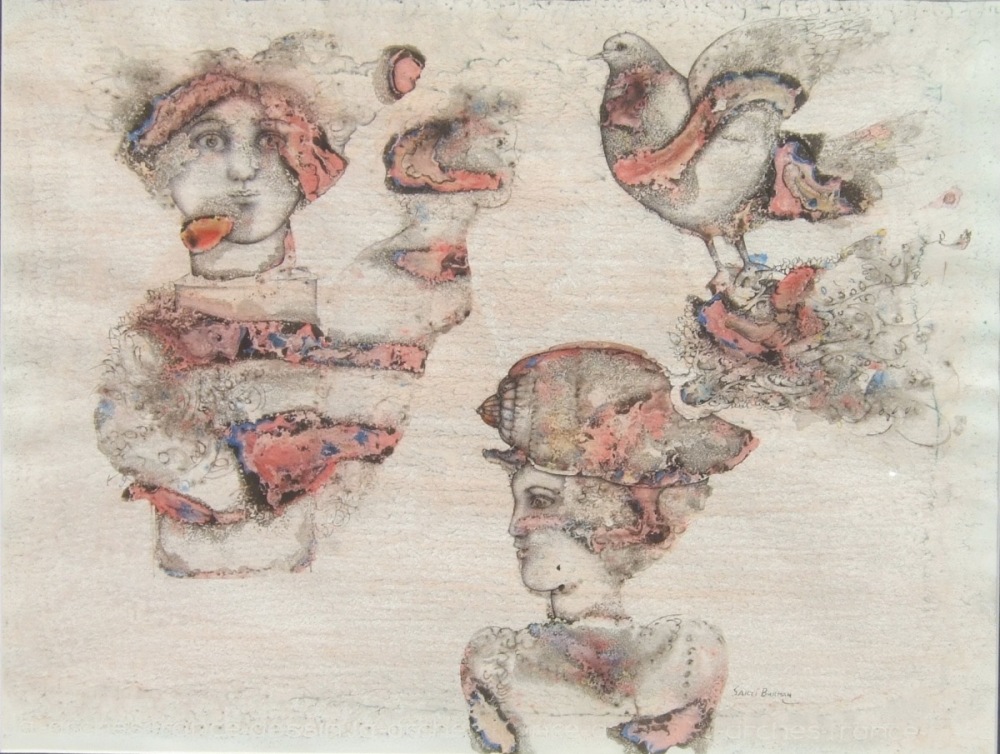 Born in Kolkata in 1935, Sakti Burman studied art at the Government College of Arts and Crafts, Kolkata. To further his study in art he went to the École Nationale des Beaux Arts in Paris. Known for his marbling technique which he achieved by blending oils with acrylics to create fresco-like works, Burman’s art induces a surrealist feel. Inspired by Hindu and European mythology and also by his own experiences, his paintings depict humans, animals and cityscapes in a dreamy look. The artist’s visit to Italy in 1958 introduced him to the frescoes of Giotto, Piero de la Francesca and Simone Martini that inspired him and influenced his style.

Sakti Burman has had his foremost solo show in 1954 in Kolkata. Since then there has been no looking back. The artist exhibited at several prestigious venues, to mention a few : the Galerie des Beaux-Arts, Paris; Galerie Sagar, Zurich; Galerie Doucet et Coutureau, Paris; Piccadilly Gallery, London; Galleria Nuovo Sagittario, Milan. Burman’s works, along with those of Picasso, Chagall and Miro, were exhibited in Japan in 1997.

The artist has had his exhibitions in several prestigious galleries within the country.