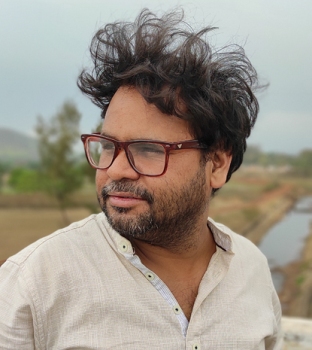 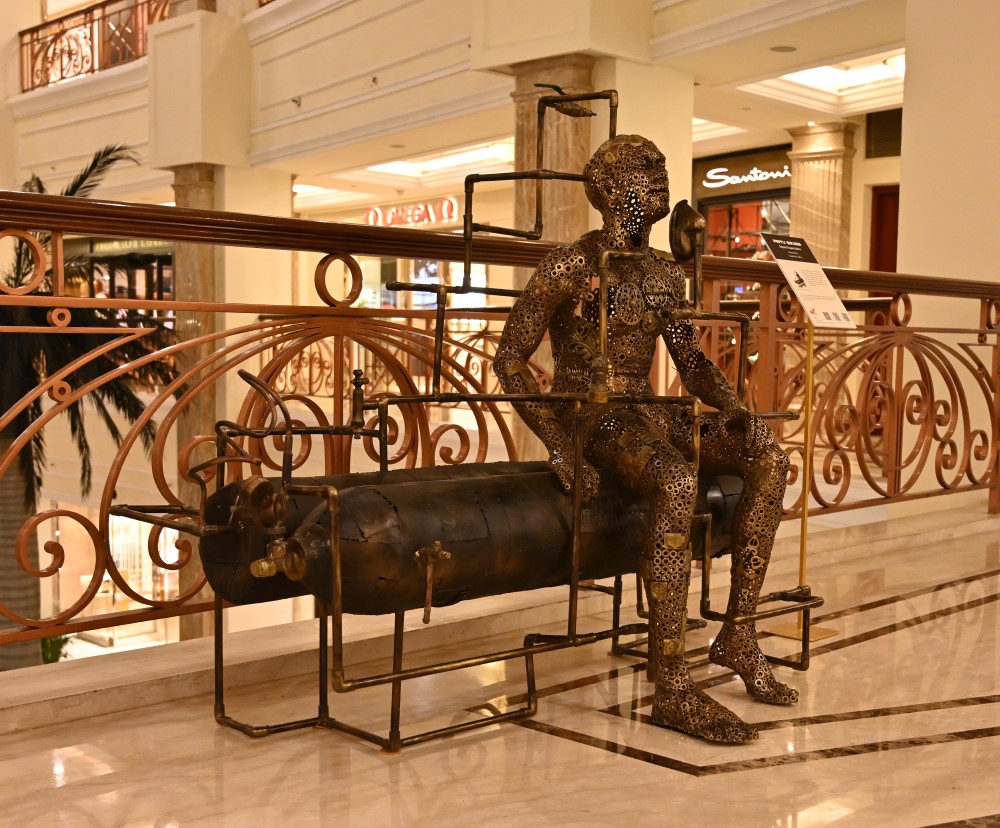 Pintu Sikder born in 1983 at Shibrampur at Kolkata, is the youngest artist featured in this group. He along with his elder sister and younger brother had a tough childhood as the parents having migrated from Bangladesh in the early 70s did not have enough resources to sustain the family of five. The father a local medical practitioner prescribed a mix of homeopathic and ayurvedic medicine to his patients for which he could charge only a nominal fee. What he earned was barely enough and his death at a young age added further to the family’s struggles. It was only with the support, the maternal grandmother and aunt gave them, that the family could survive. A brilliant student Pintu passed his schooling with a good grade after which, instead of taking up a measly job, he opted to follow his passion. He joined the Indian College of Art & Draftsmanship to learn art and passed his bachelor’s degree in visual art with a commendable result. Went on to study and pass a master’s degree in sculpture from the Rabindra Bharati University in the city.

Pintu has been working hard to sustain himself as a freelance sculptor since his master’s in 2008. He has been teaching art to young learners, undertakes commercial assignments and makes Durga idols and designs pandals as required simultaneously innovating and working on his own art. His sculptures made using industrial products such as brass nuts of varied sizes together with clay, plaster of Paris and gas welding, give them a fine finish in a striking reality. The work addresses issues around the environment and depletion of nature due to industrialization. The delicate and beautiful sculptures include flora fauna and wildlife creations. The creatives take on a humorous turn to raise some serious issues of concern to humanity. The use of metal and brass nuts is also reflective of industrial continuation of the city which appears in a time capsule despite the ongoing rapid changes all around. The factory-made nuts and bolts make the work sturdy and turn it into differently shaped fluid objects, icons and creatures, significant of the current times. The workshops he has attended including those on sand casting, dokhra metal craft, ceramics, environmental art and paper-making have all impacted and helped refine his technique further.

Awards to his credit include the Kali Banerjee Memorial and Aryana a College Annual fellowships. Beginning with group and solo exhibitions held in Mumbai, Delhi, Bangalore, Kolkata and other cities, his work has been featured in annual exhibitions organized by the Academy of Fine Arts, Birla Art and Culture, Chander Haat, and various art colleges and universities in and around Kolkata. His work is held in private and institutional collections in Indian cities as well as in USA, Singapore and Dubai. The artist lives in Kolkata and works from his studio there.