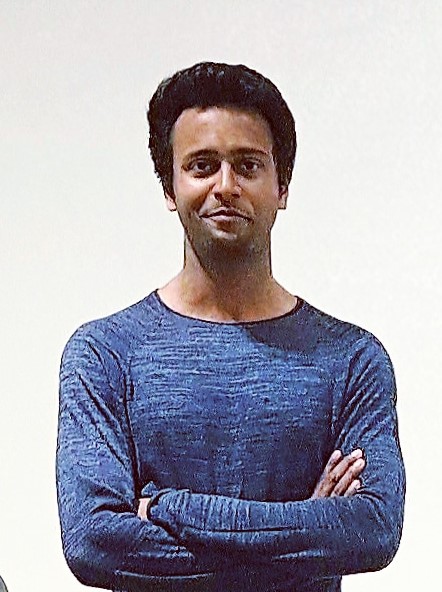 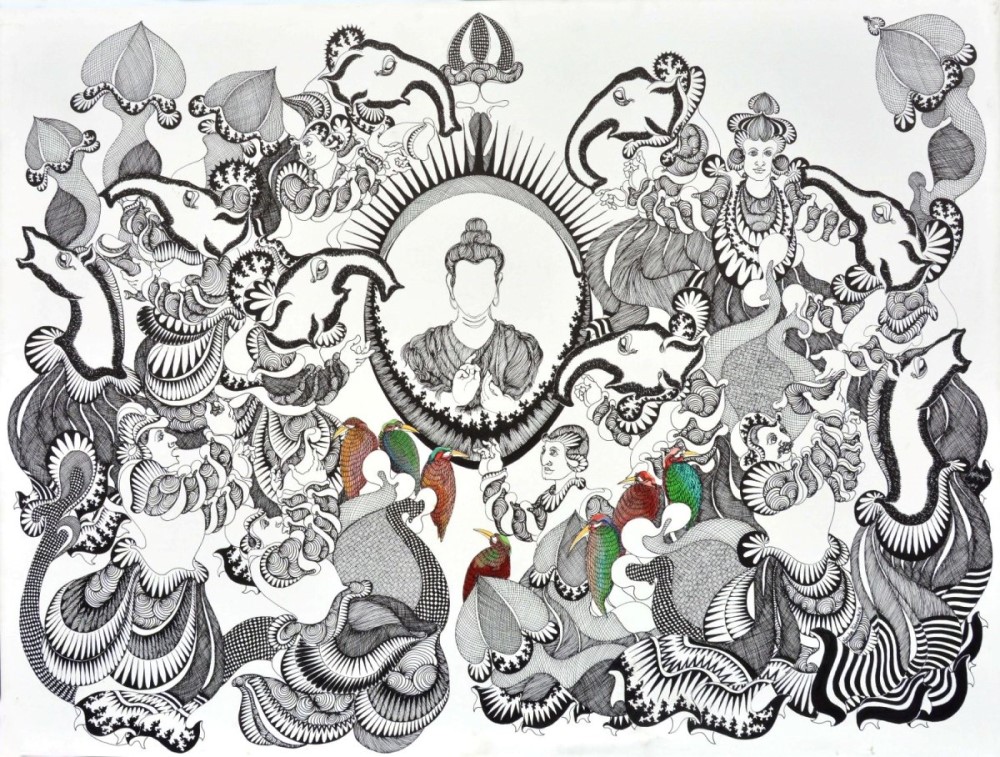 Nandan Purkayastha is a contemporary artist whose works are firmly placed in the now. The fantastical characters that inhabit the landscape of his paintings are memories from the folk dances that he was privy to as a child growing up in Assam. The beautiful tapestry of textures that he loves to weave patiently around these creatures is a testimony to his background in fashion designing.

A recent though prolific artist, the subject of the artist’s deep engagement is the human psyche. His works are an extension of and run parallel to his experiences in life as well as draw upon his many travels. He likes, in the words of Luis Leal, “to seize the mystery that breathes behind things”.

His works linger in the realm between what the artist desires and that which is reality. Theatrically grand and beautifully detailed characters from fables and folklore past, are juxtaposed in a strangely comforting, lyrical and serene interaction, media res, poised and waiting as if for a saviour or performing a ritual of their own, making a declaration even, of some kind, conspiring ….

His new work sees him keeping the context but taking a bold step and changing the structure and form. The figures become angular, compressed and un recognisable in his new work. The previously heavy forms move onto a contrasting sea of fragmented new creatures of the modern world that are engaged in an animated, maniacal and intimate tangle of greed, lust, hunger, deprivation and alienation. A beautiful new color palette bursts upon the viewer bringing joy, comfort and harmony to the bleak and disturbing context.