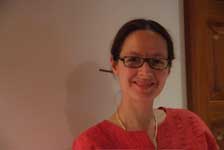 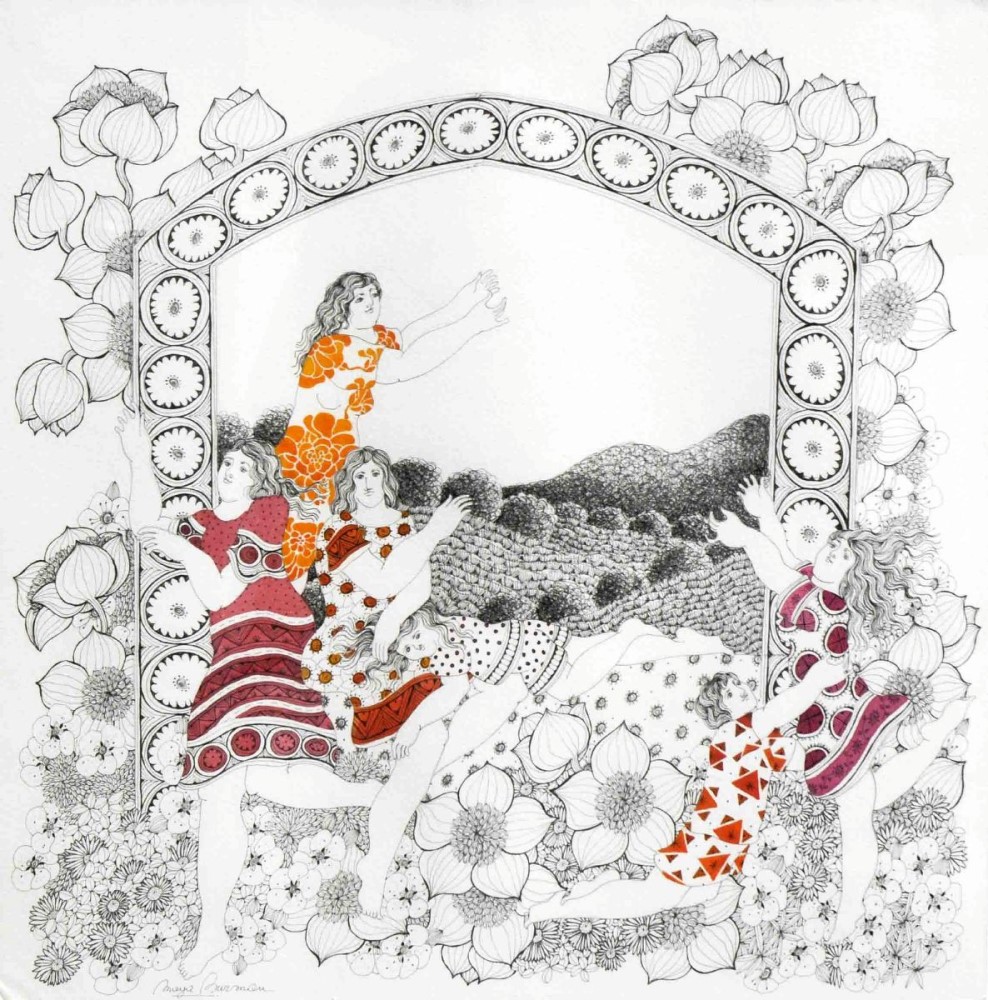 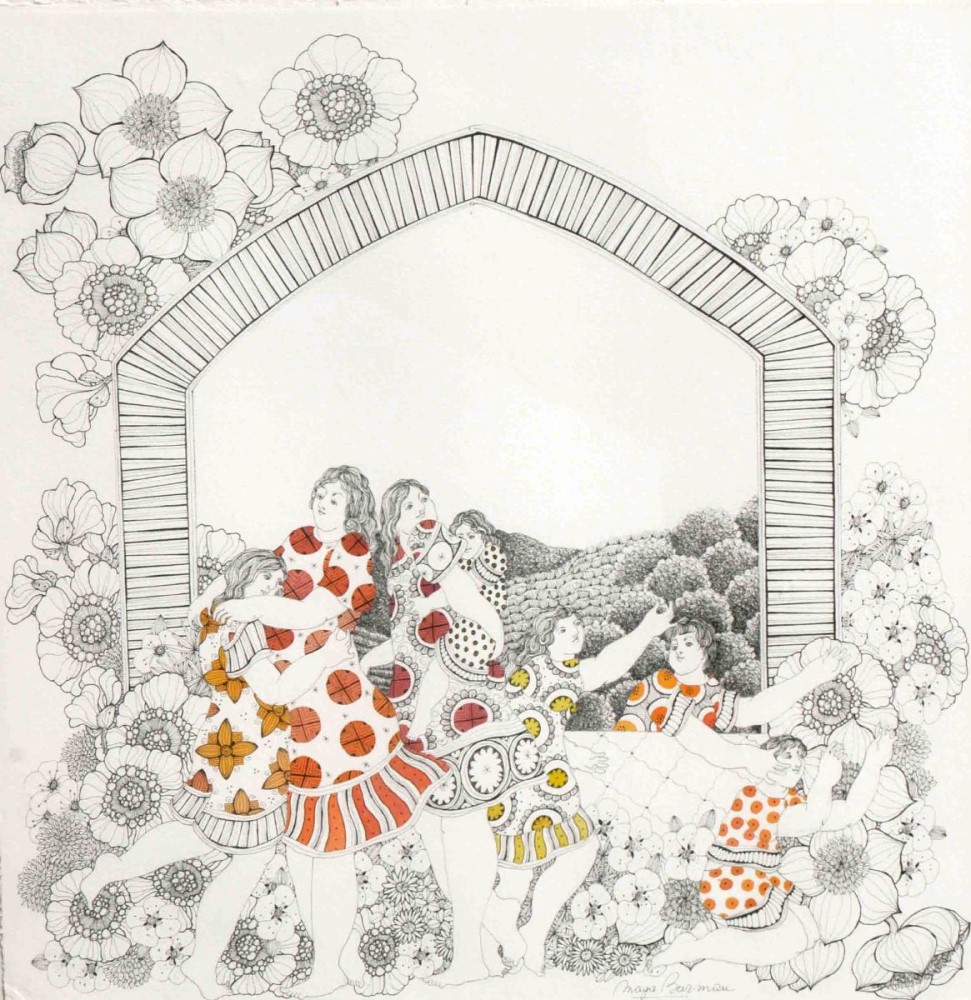 Born 1971 in France, Maya Burman comes with an artistic lineage. After finishing her formal education as an architect in Paris, she returned to her roots in India, travelling through the country for one year and working with the Centre for Built Environment based in Kolkata. On her return home in Paris she took up painting as a full time passion and profession.

The striking feature of Maya Burman’s painting is its detailed tapestry like dense imagery. In patterned renderings that are reminiscent of the French art nouveau tradition and European Middle Age architecture in the country where she lives, interlaced with mythical and folk inspired imagery somewhat akin to miniature painting, that stem from her Indian ancestry, the work makes an interesting melting pot, a meeting ground between the two cultures. Besides her drawings and paintings on paper and canvas using watercolor, ink, color pencil and mixed media, she has also done some illustrations including cover for a book by Satyajit Ray and a poster for a performance of Girish Karnad ‘Hayavadana’ play in Paris. Recipient of several awards including the Fine Art association of Sannois, Salon de Colombes and Prix Lucie Rivel and Taylor Foundation all in France, Maya Burman’s work has been shown in solo and group shows held in Paris and other French cities besides Delhi, Kolkata, Mumbai, Chennai and Dubai from where it has been picked up by Birla Academy amongst other important collections.

Maya lives in Paris and works from her studio at home