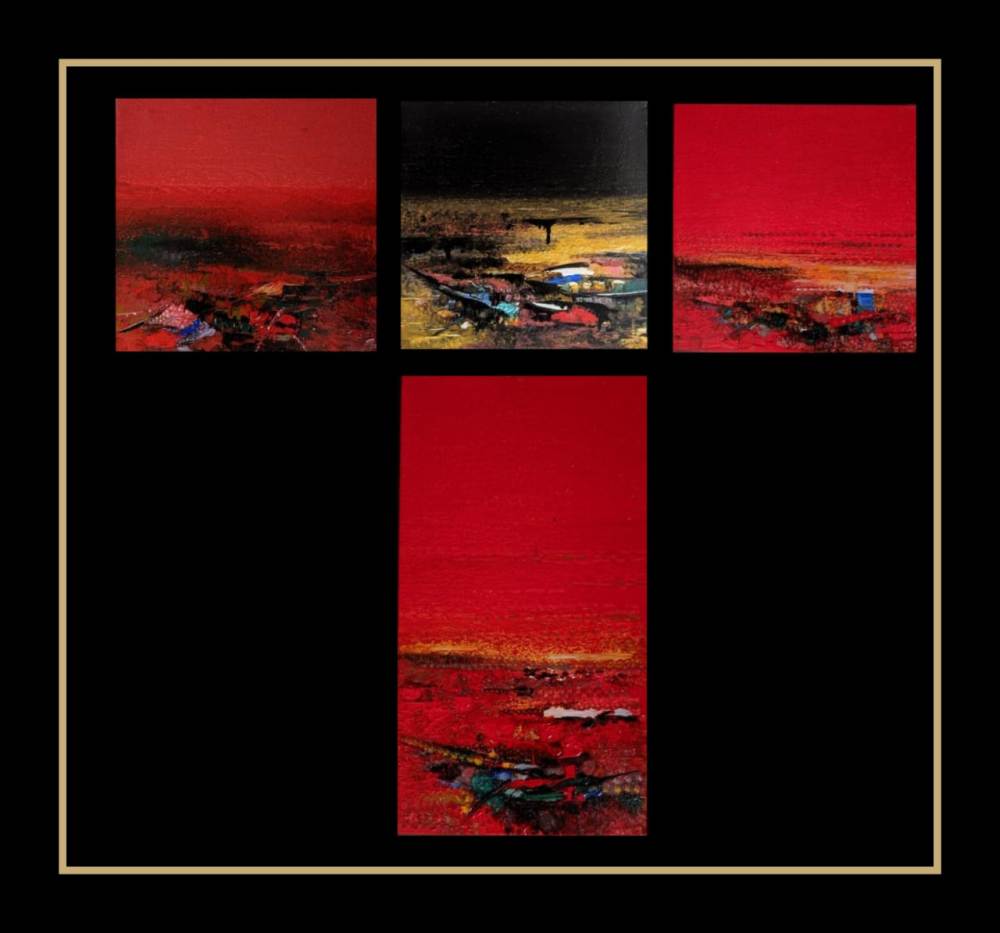 Madhuri Bhaduri’s formal artistic qualifications include an MA in 'Arts and Painting' from SNDT, University of Mumbai and a summer course from Sotheby’s Institute of Art, London. This was preceded by her academic studies with an Hons. in Economics from Ferguson College Pune besides Diploma in French. Starting to paint as a young child, she was equally accomplished at studies and in sports, winning herself the title of a national-level badminton player.

Madhuri is a highly motivated and hard-working multifaceted persona - a painter, sculptor and entrepreneur. Beginning in the mid 80s with her formal career in art, she has constantly been experimenting and reinventing her practice. Her creative sojourn which began with figuration, now encompasses abstraction and landscape paintings primarily in oils, besides sculptures and assemblages featuring found metal scraps and leftovers from her art practice as well design work. In an amalgamation of abstraction and impressionist nature-scape; her work reveals an autobiographical streak and a mature and confident hand. Her eye-catching palette, draws on nature and its surroundings in a non-representational idiom. Resplendent in their composition and appeal, the masterful brushstrokes endow the imagery a sense of stillness. Transcending any specific locale or landscape, they offer the viewer tantalizing glimpses of another dreamlike world.

Madhuri, a socially committed observer and keen traveller, has been regularly participating in interactive workshops, radio talks and panel discussions. She contributes to shows and auctions aimed at raising funds for charities including CRY, Concern India and Khushii Foundation, among others. The accomplished artist’s work has been exhibited in different Indian cities and across the world, with more than forty solo and over a 100 group shows including as part of art fairs in New York, London, Singapore, Miami, Dubai and Rotterdam. Her paintings are in the collections of renowned Indian institutions, corporates, hotels, and aesthetes.

Featured in numerous publications, Madhuri Bhaduri has over a dozen awards to her credit. Most recently, she has been honored with Amrita Shergill Rashtriya Kala Puraskar (2018) by the National Institute of Fine Arts (NIFA), New Delhi, and the Exceptional Woman of Excellence in Art Award from the Women’s Economic Forum (WEF) at The Hague, Netherlands earlier the same year.