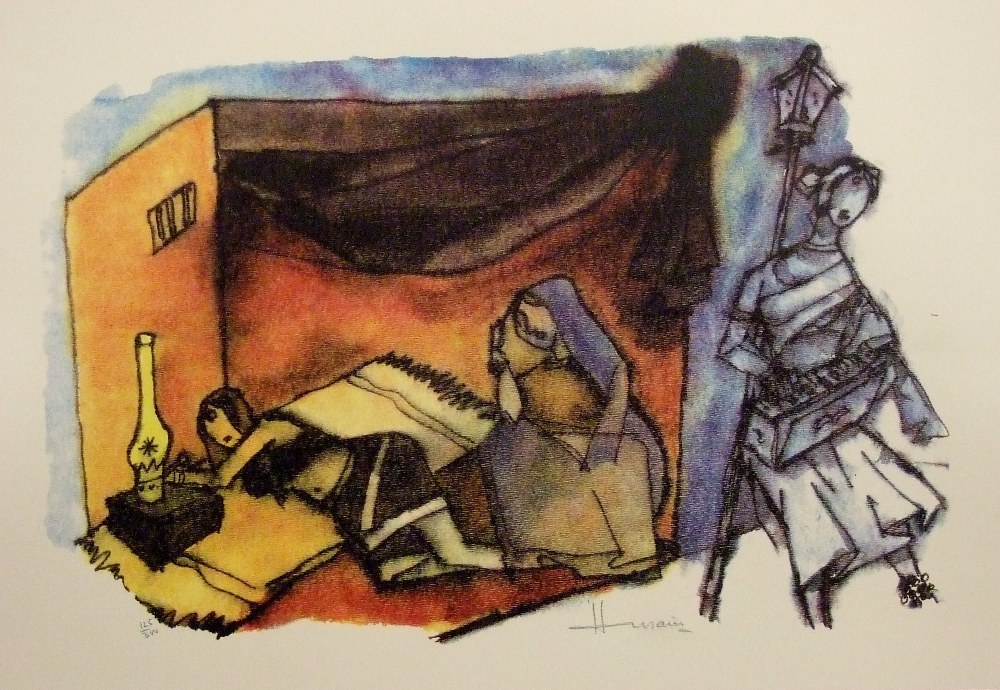 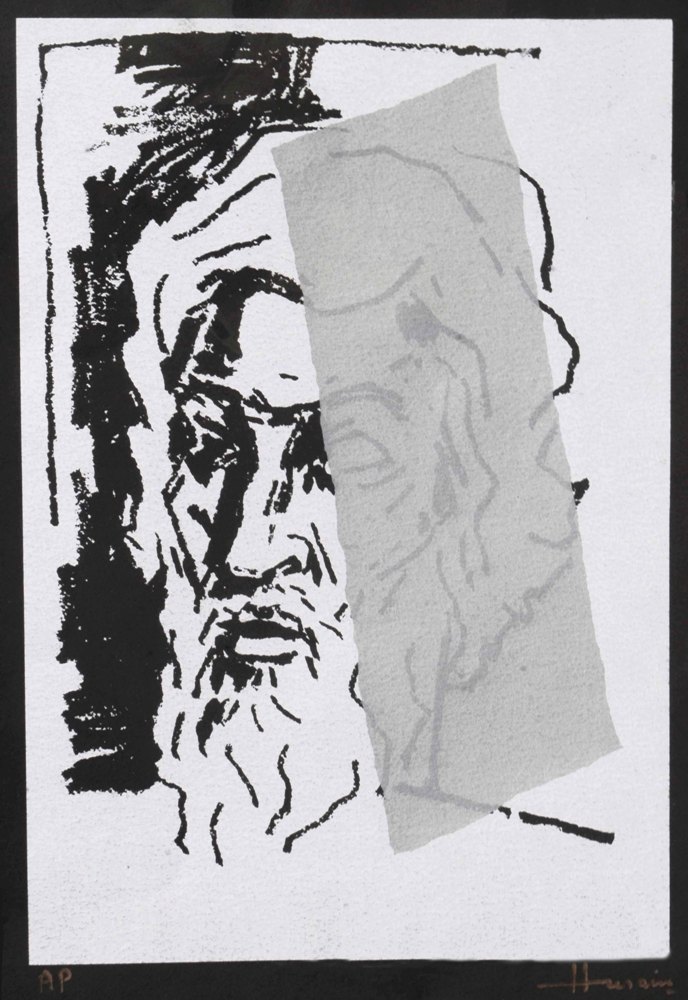 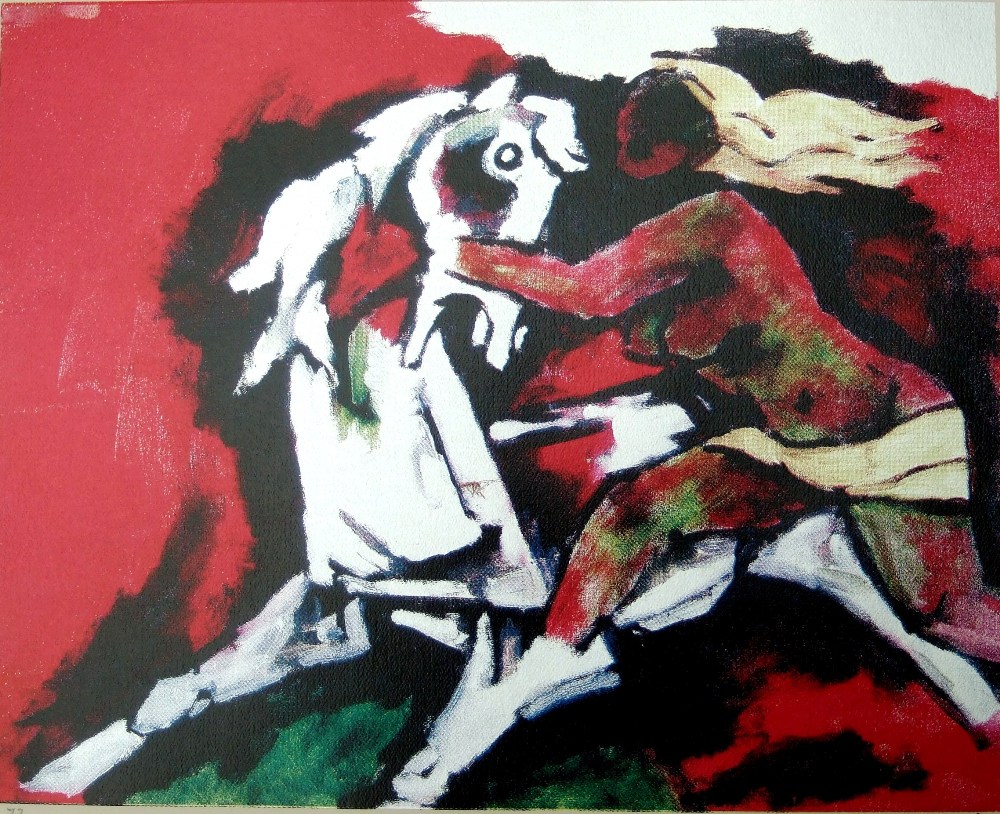 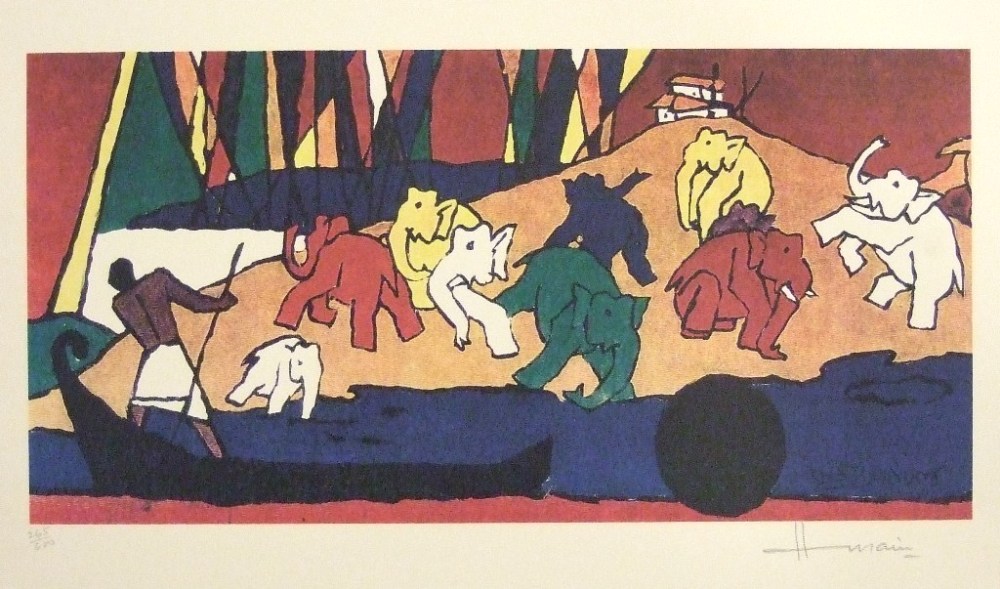 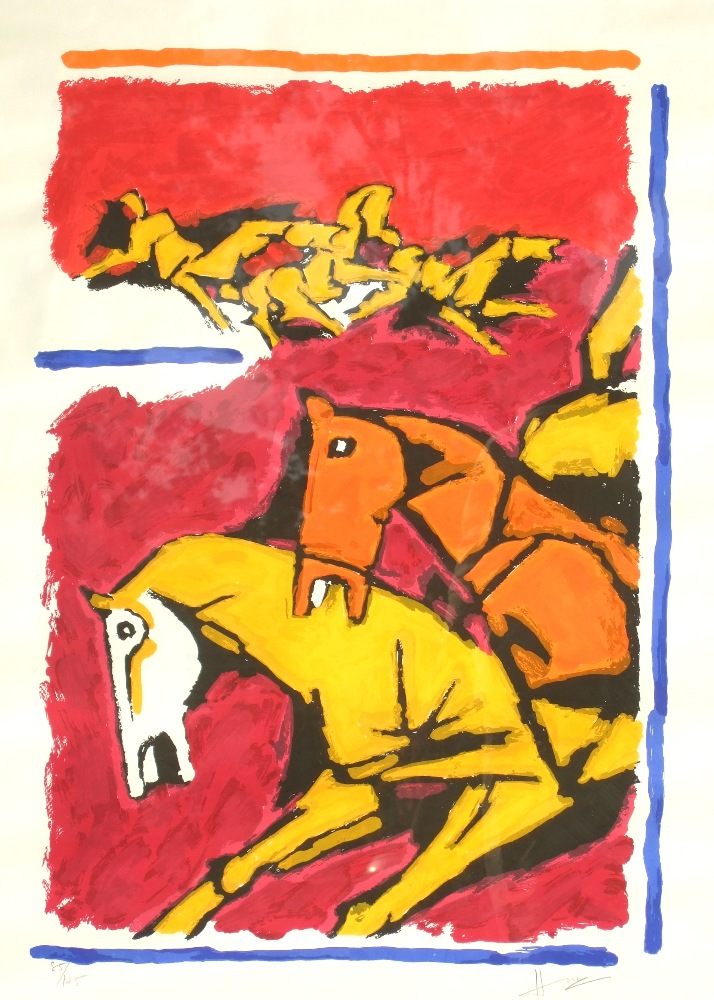 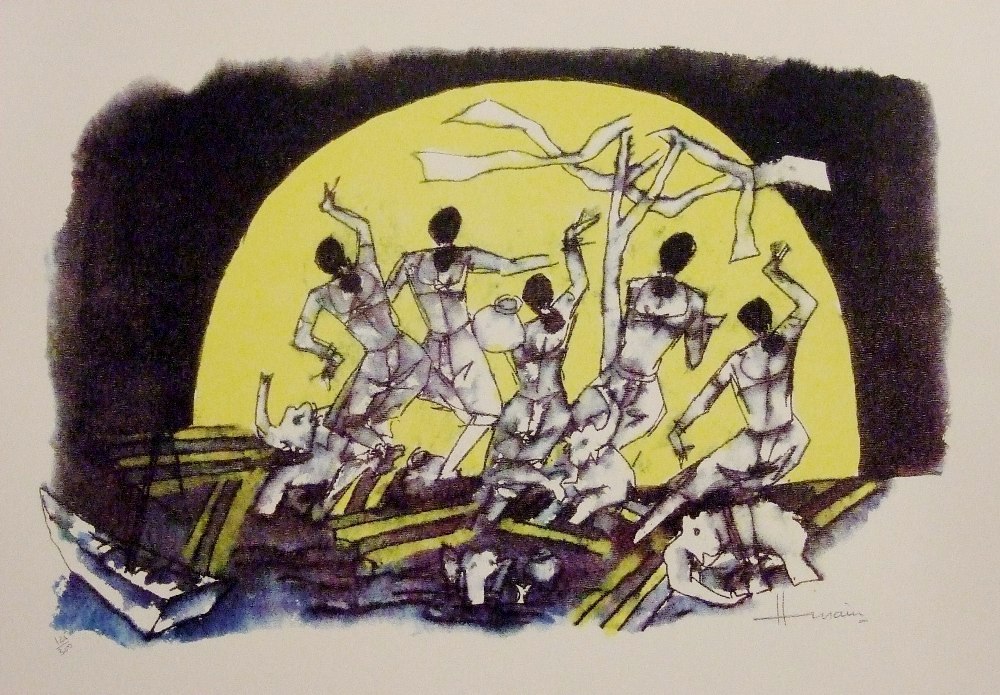 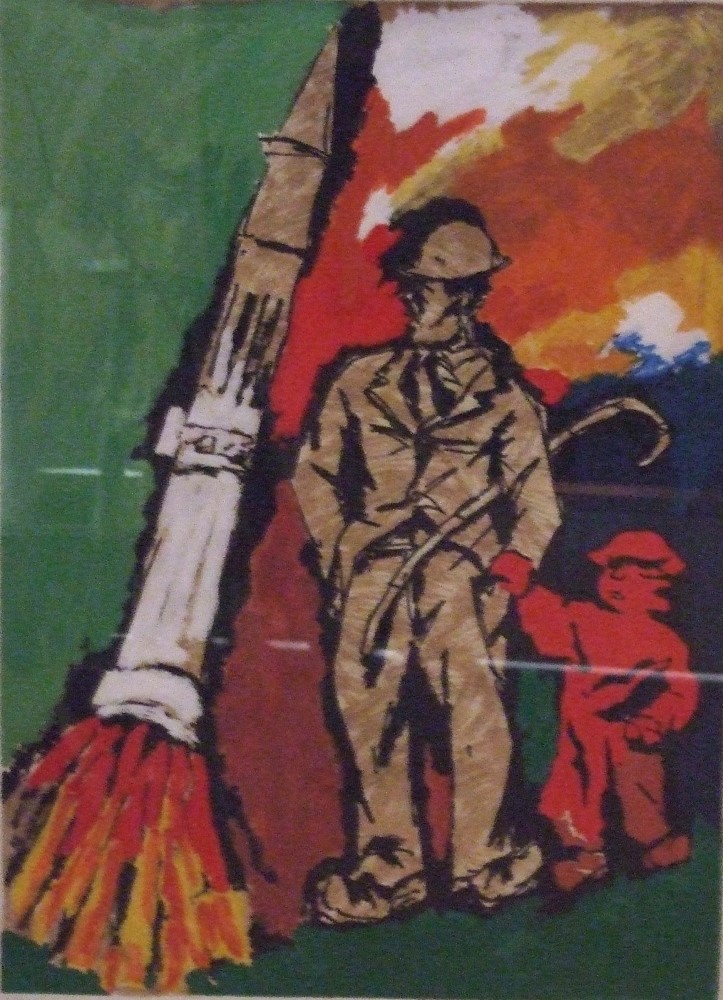 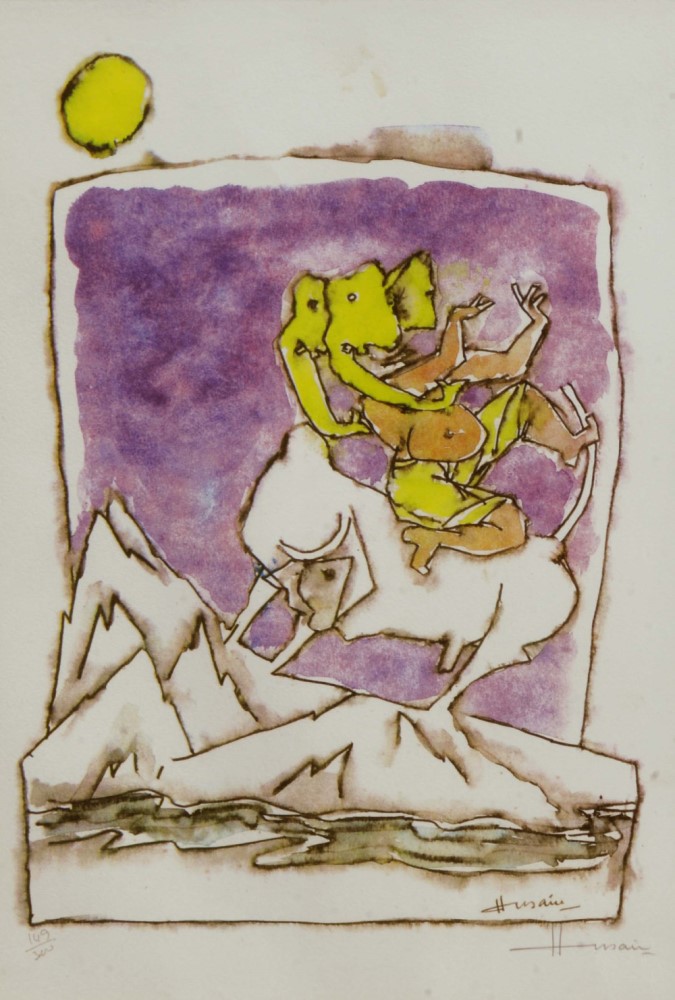 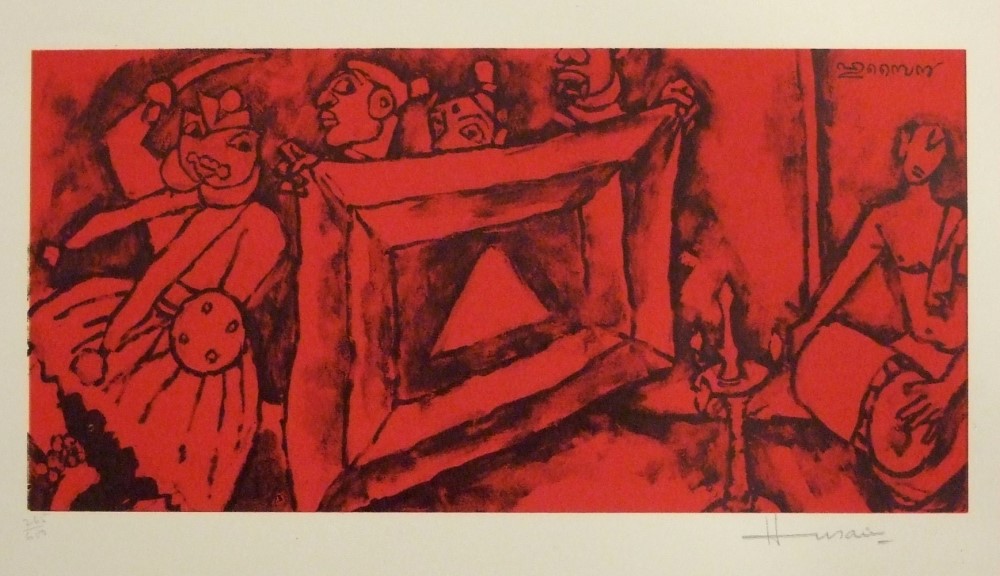 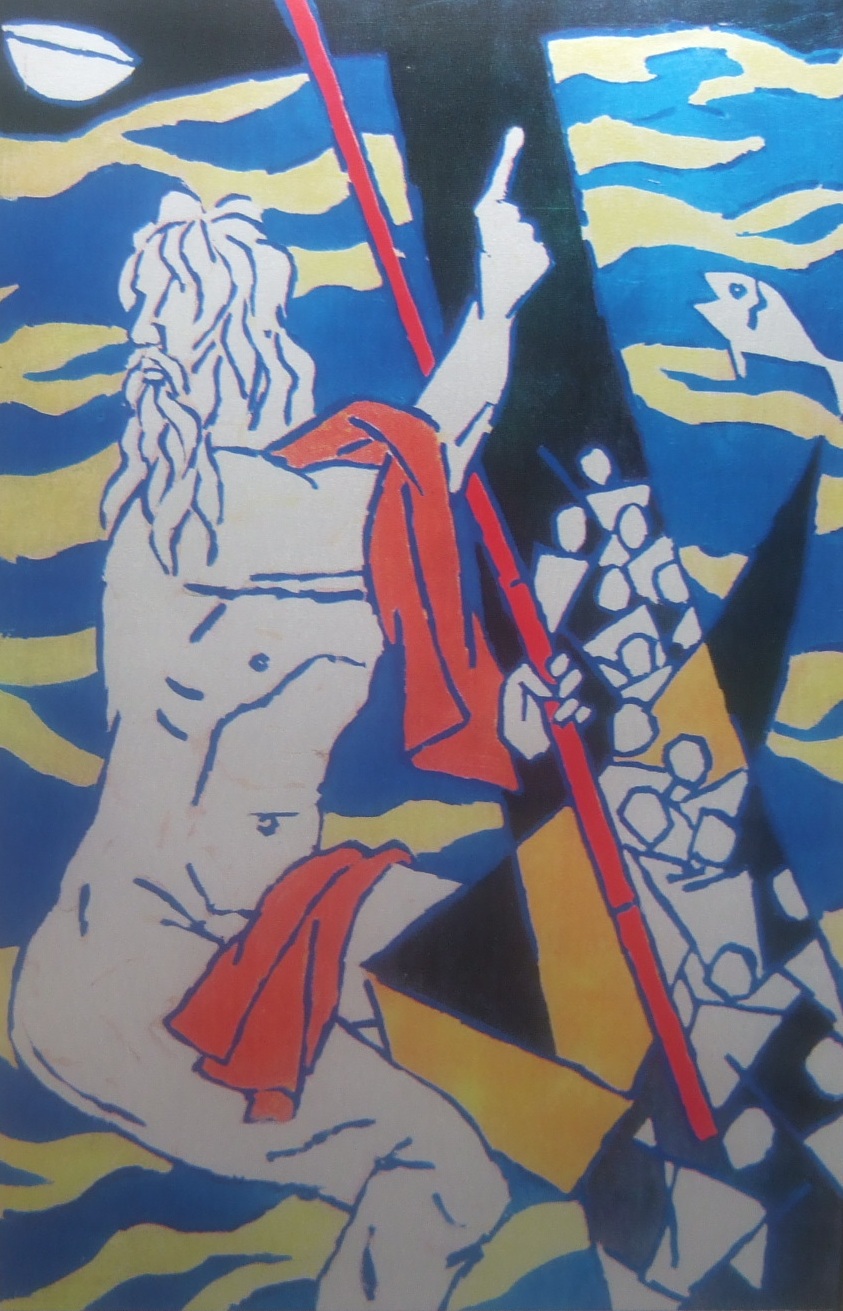 Maqbool Fida Husain, one of the most familiar figures of Modern Indian Art, was born in 1913 in Pandharpur, Maharashtra. A self-taught artist, he came to Mumbai in 1937, with an unwavering conviction to become a painter.

The artist had a humble beginning, he survived by pianting billboards for feature films and making furniture designs and toys. His inspiration always came from his roots, indian folk, tribal and mythological art. His style and presentation went a long way to make him a public figure. Cow, lantern and umbrella, Indian goddess like Durga and Kali, Mother Teresa series, his famous horses, Gajagamini series, have been the artist's iconic works.

In 1948, he was invited by F N Souza to join the Progressive Artists Group.

In his career, that spanned seven decades, Husain made feature films like Through the Eyes of a Painter (1967), which was a Golden Bear Award winner at the Berlin Film Festival, and Gajagamini (2000).

The Government of India honoured him with the Padma Bhushan and the Padma Vibhushan awards. The artist passed away in London in 2011.