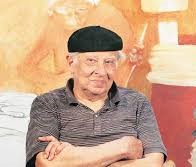 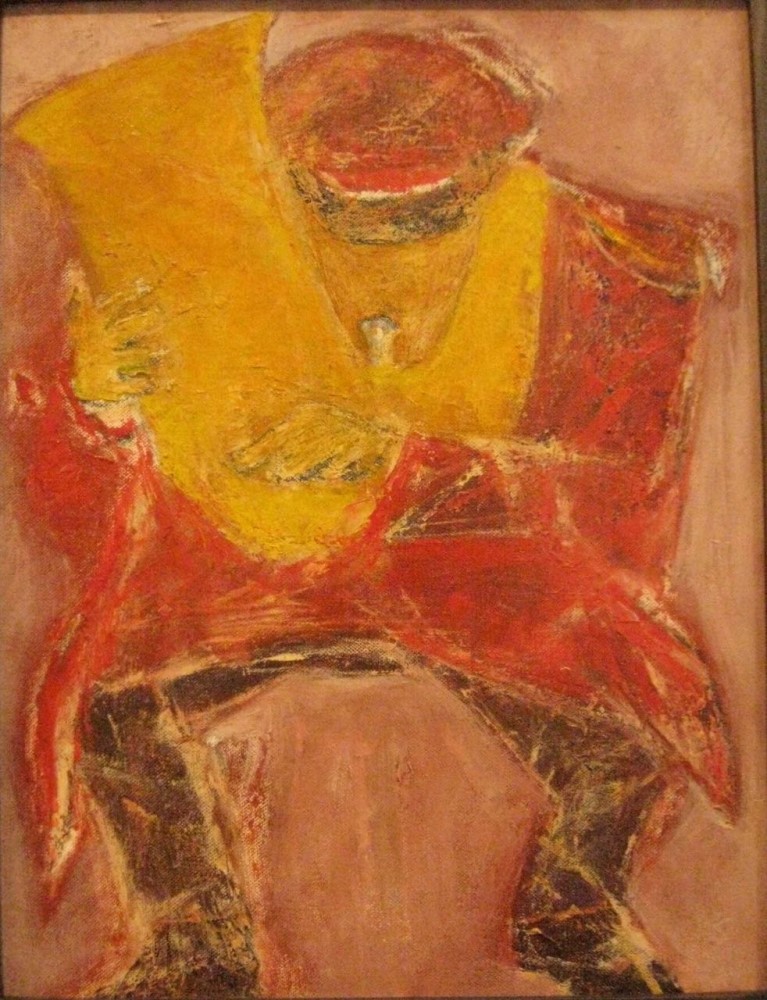 Born in 1925, Krishen Khanna grew up in Lahore, Pakistan. He studied art after his graduation in evening classes held at the Mayo School of Art. In 1947, like many others caught in the turmoil of partition, Khanna’s family also got displaced & moved to Shimla, India. The socio-political chaos & its tragedy had a deep impact on the artist and found manifestation in his canvases during this period.

Unlike most of his contemporaries, Khanna’s works were more towards figurative. He chose to give importance to the person or the individual in a particular situation influenced by the conditions around. His use of color & expressionist brushwork adds life to his canvases.

Krishen Khanna studied at the Imperial Service College, Windsor, England, from where he graduated in 1940. The artist after moving to India with his family found a job with Grindlays Bank, in Mumbai. He was invited to be a part of the famous Progressive Artists’ Group. The first exhibition in which his works were displayed was one of the Group’s exhibitions held in 1949. Khanna had his first solo show at the USIS, Chennai, in 1955. Since then he has been exhibiting his works extensively in India and abroad.

Krishen Khanna was artist-in-residence at the American University, Washington D.C., in 1964. In 1965, he won a fellowship from the Council for Economic and Cultural Affairs, New York following the travel grant they had awarded him three years earlier. The Government of India has granted several honours upon him including the Lalit Kala Ratna from the President of India in 2004, the Padma Shri in 1990 and the Padma Bhushan in 2011 for his vast contribution to Indian Art.

The artist lives and works in New Delhi.