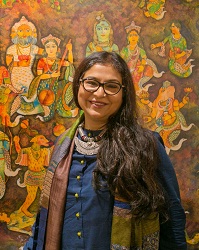 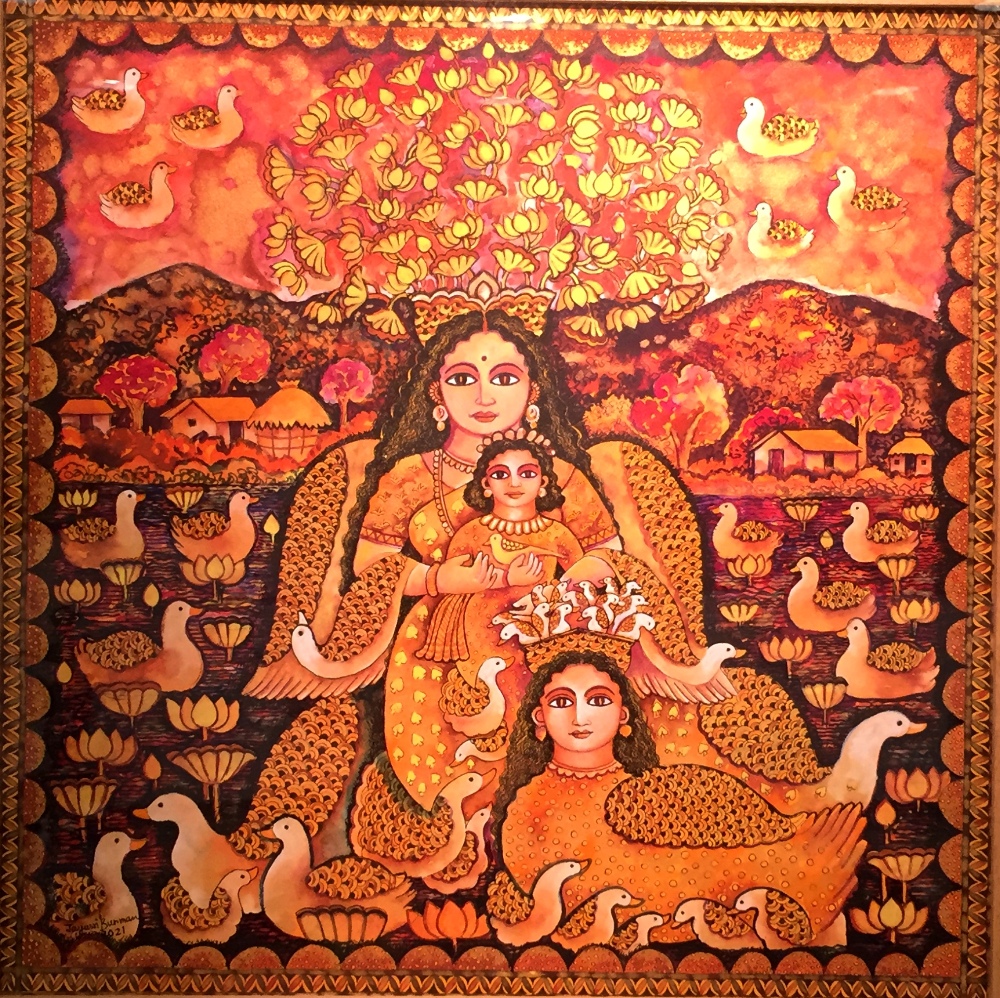 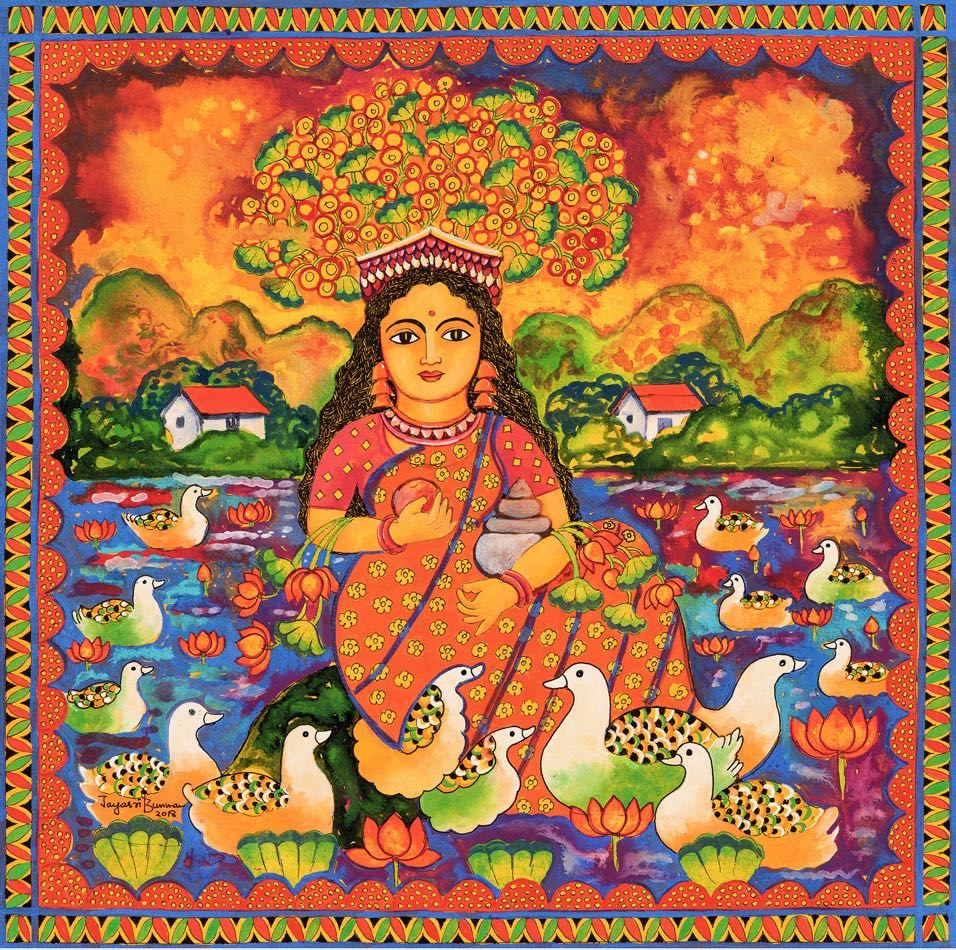 Jayasri Burman born in Kolkata in 1960, got her formal training in art from Kala Bhavan, Santiniketan. A contemporary Indian artist known to support mythical, miniature in her art. Mythological entities as if come alive in her beautiful paintings.

Jayasri Burman`s work has a dream-like and lyrical quality inspired by the Indian folk element. The artist is one with nature and her closeness & fondness for nature is reflected in her works. Her experience of the landscape is very visible in her astounding art and so is her concern for women as a female form is mostly a protagonist in her amazing creations.

The artist has many prestigious solo & group shows to her credit.

One of the artist’s esteemed accomplishments has been a series of commemorative stamps with her works by the Government of India, released on the occasion of International Women’s Day in 2007. In 1985, she was the recipient of the National Award. She also won prestigious awards such as ICON and Devi Awards. Jayasri was invited at the President’s House as an Artist-in-Residence.