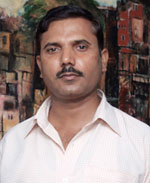 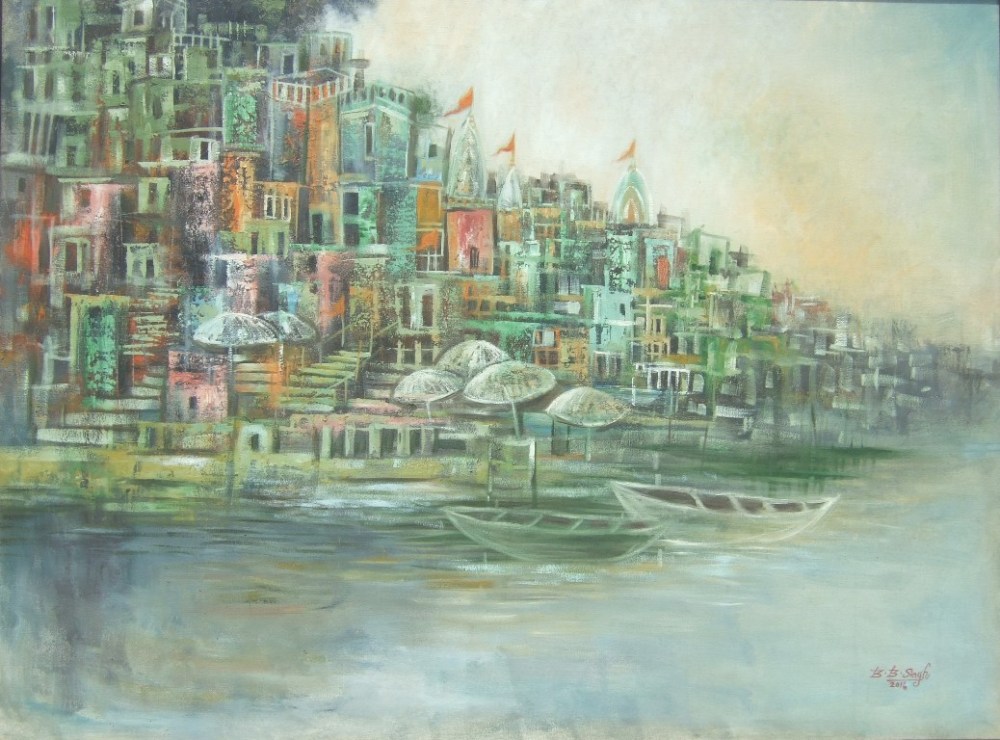 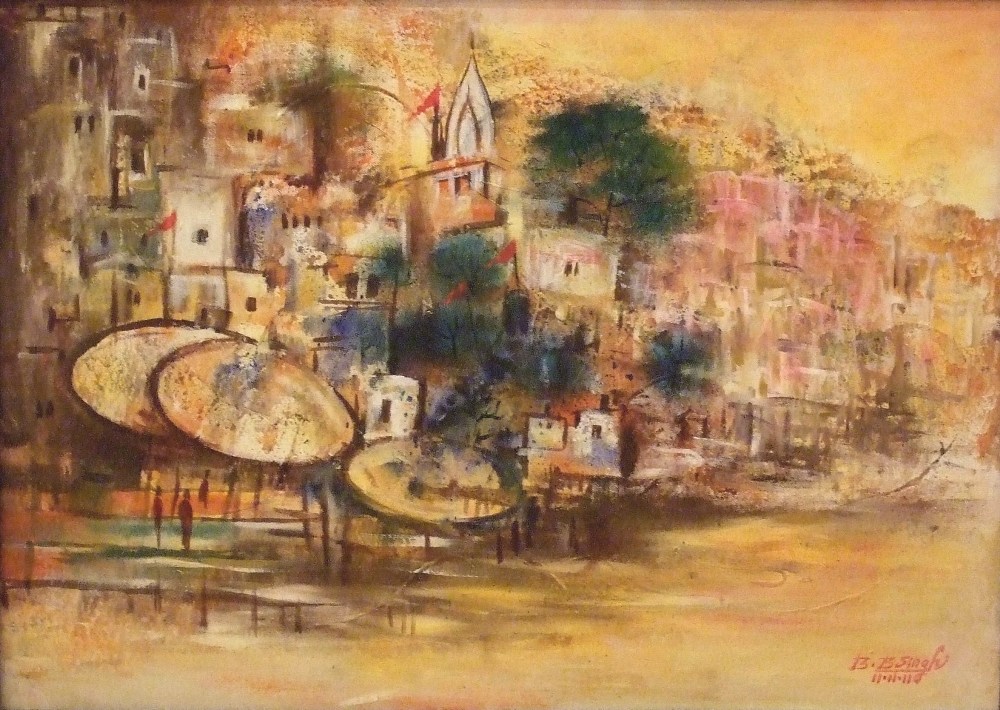 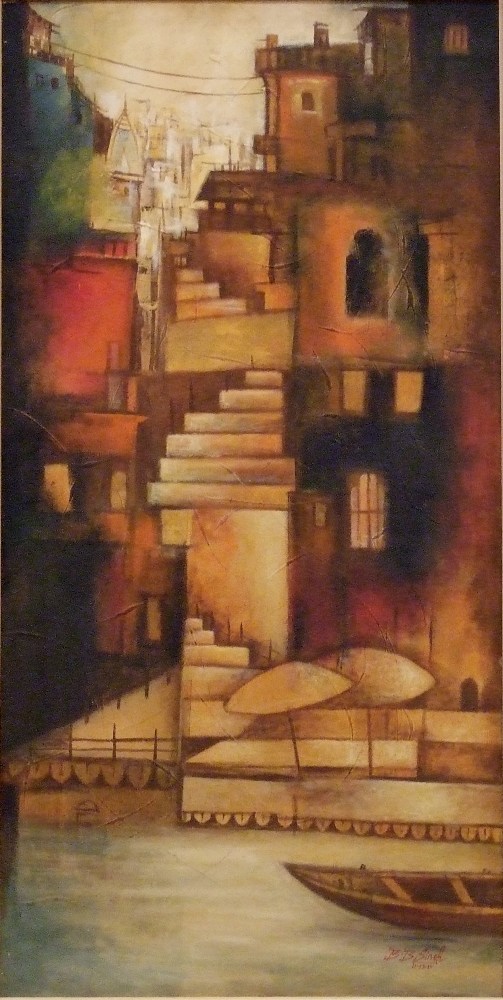 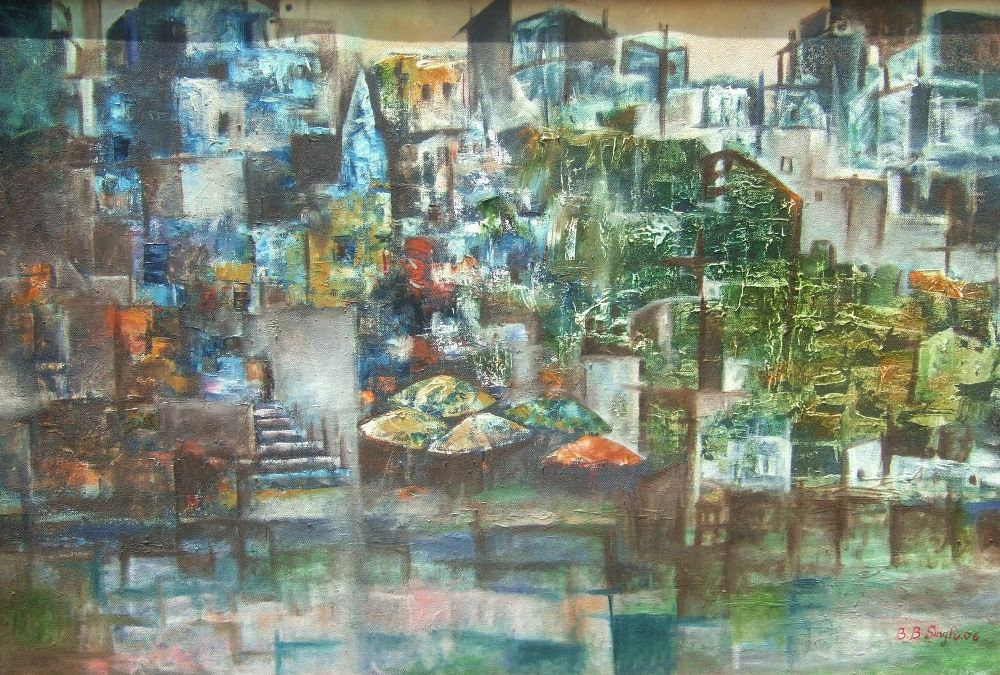 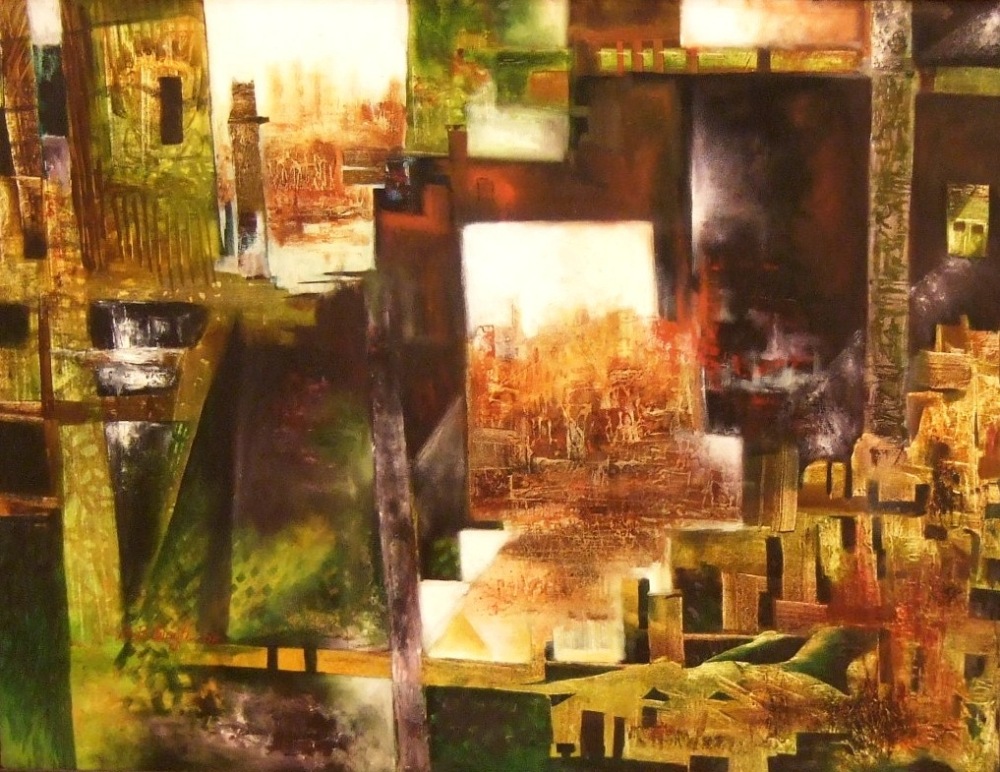 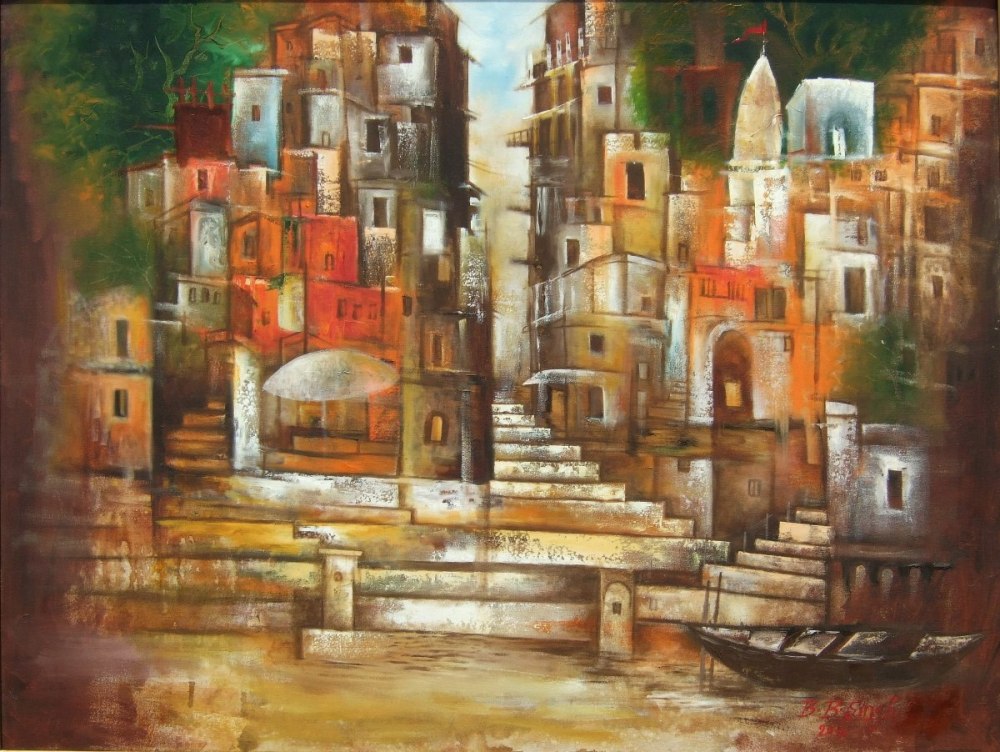 The artist has done MFA in painting from BHU, Varanasi. He is an artist greatly influenced and enamored by the splendor of ancient cities. He seems greatly influenced be the city of Benaras. Works have a well fitting combination of realism and abstractionism; B.B.Singh seems to have well mastered the art of light and shadow. A certain canvas almost brings alive lit houses at dusk. The artist makes a genuine effort to find harmony in a some times chaotic city life. He was awarded by the All India Fine Arts & crafts Society, New Delhi in 2007. The award being presented by eminent artist Satish Gujral. In 2010, Organizing Committee, Commonwealth Games, Delhi, invited him to participate in the milestone event “200 Days to Go.”

The artist lives & works in Delhi.