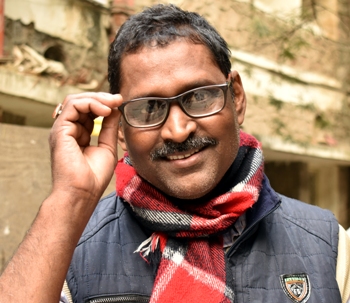 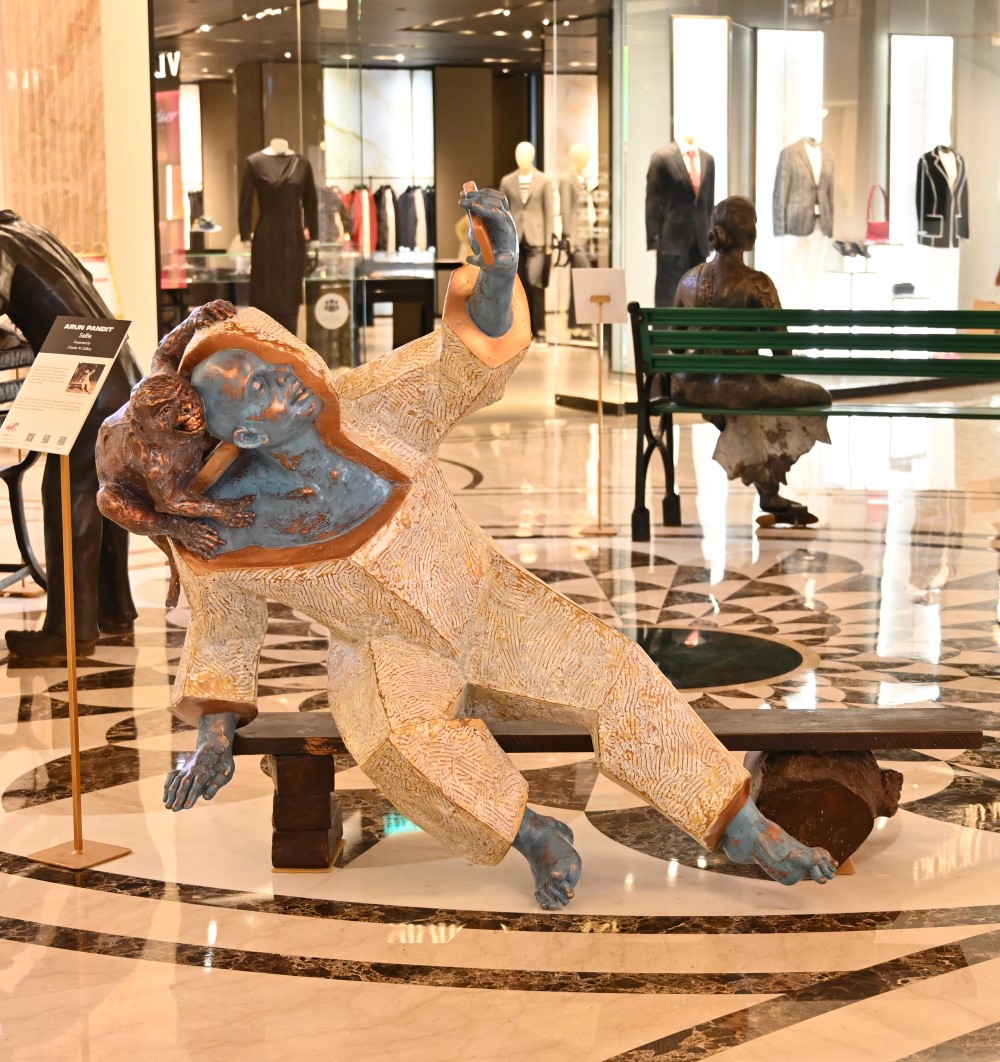 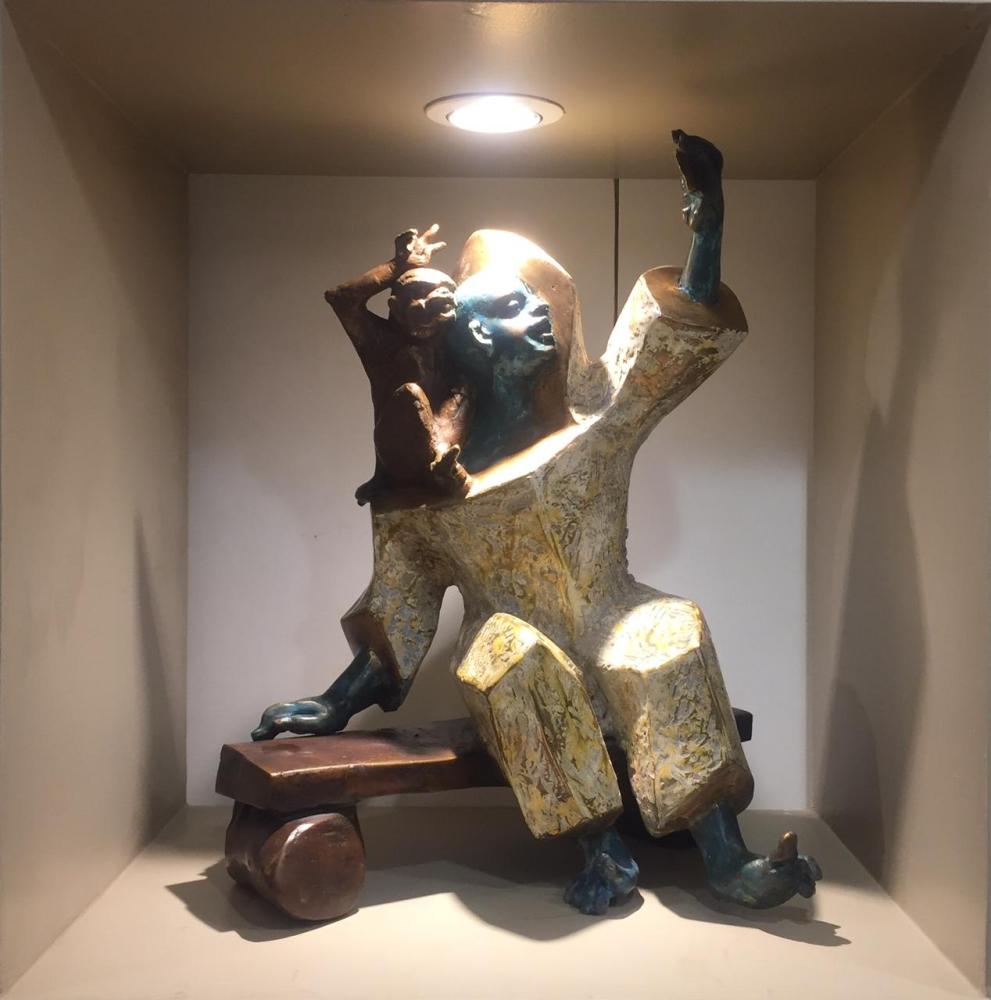 Arun Pandit born in 1971 at Patna in Bihar, the youngest of four children grew up in the city. His father was a murtikar (idol maker) and mother a homemaker. The family nursed religious leanings. The little money the father could earn was not enough and they struggled to meet their basic needs. As a young boy Arun helped his father in the craft after school hours and learnt clay modelling, carving and sculpting from him. It wetted his appetite for the arts and after passing his schooling, he took to training as a sculptor. Did his graduation from the College of Arts & Crafts in Patna, followed by a master’s degree from the College of Art in Delhi, both in sculpture.

The artist’s move to Delhi meant to be a temporary one primarily for his studies to start with, turned into a long-term one. The strong links with Bihar are retained though, as reflected in his art with its rural-urban moorings. He took up a job with a television channel and did puppet modeling and other illustrative work for a couple of years before deciding to work on his own as a full-time artist-sculptor. Also undertook odd commissions to sustain himself and his family. This refined his consummate skill in handling varied materials including stone, bronze and fiberglass etc.. He is able to transform even the hard matter into a malleable and make work which takes on intriguing form be it human or animal or Anthromorphic or other worldly. The precise and delicate expressions in his work appear in a combination of realism and abstraction. Multiple hands and limbs with faces emerging surprisingly from different sides and angles reflect a multitude of actions and emotions in a likeness to cubism. The meticulous work on patina, infuses his bronze sculptures with a distinct character and aura while the non-dominating stance of his figurative creations exudes a calm and positivity.

The intriguing aesthetics and technical finesse has drawn the artist and his work to the attention of the gallery circuit. One of his sculptures adorns the Tirupati International Airport. His work has been exhibited in significant group and solo shows and at art fairs held in Delhi, Mumbai,  Amsterdam, Italy and Mauritius. It has also won him scholarships and awards including at the LKA and AIFACS annuals. The artist lives in Delhi and works at LKA Garhi community studios in the city.