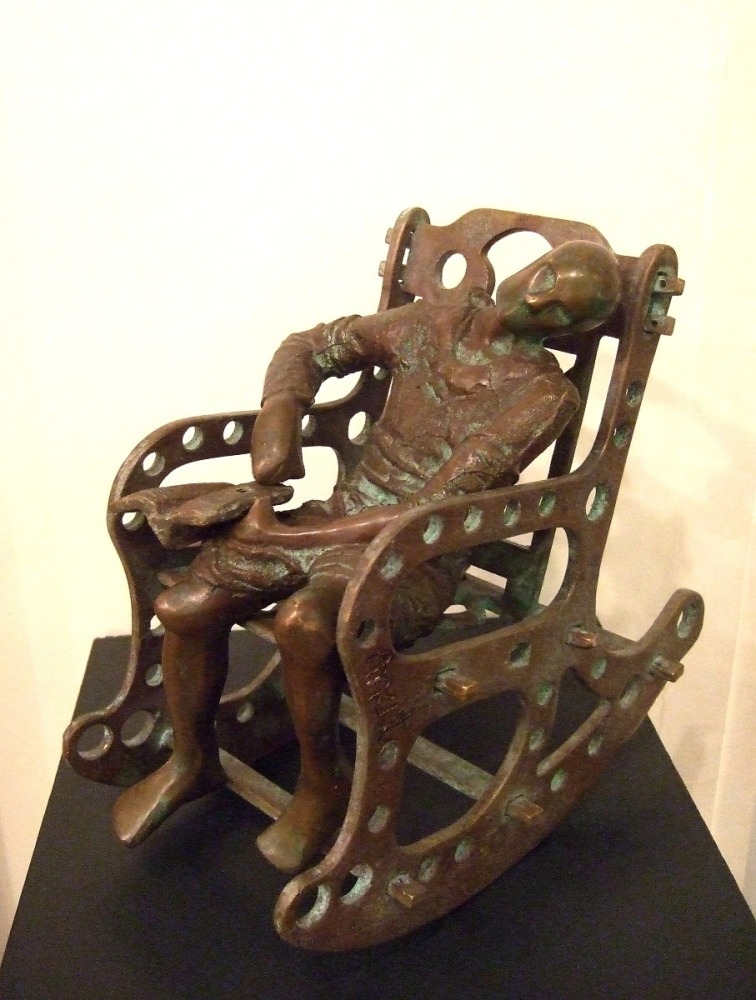 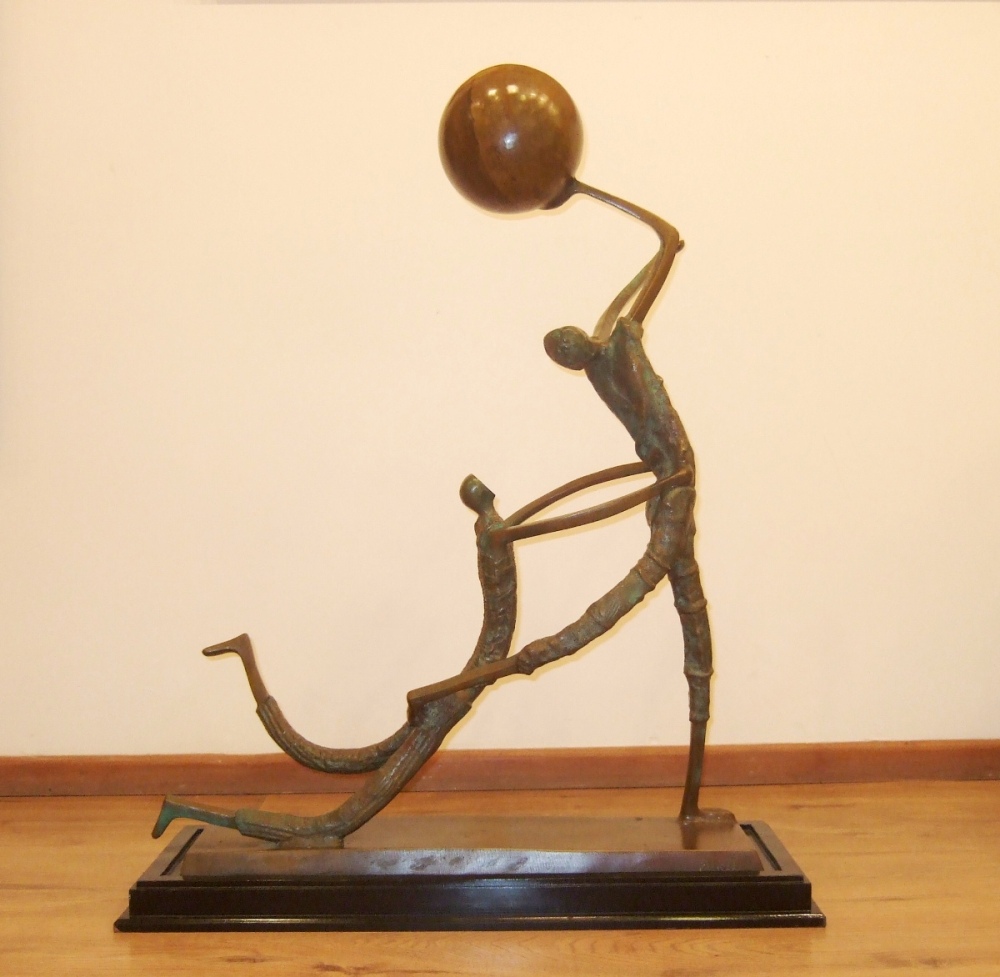 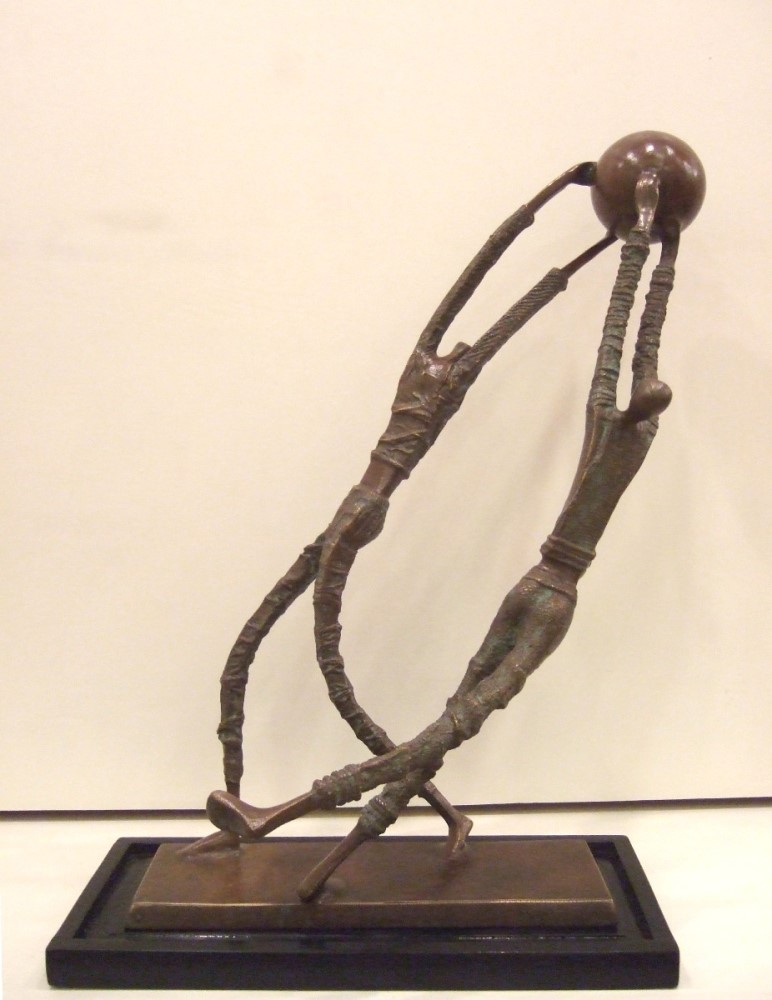 Ankit Patel, born in Gujrat, received a post diploma in creative sculpture from Faculty of Fine Arts, M.S. University Baroda, in 1983. His sculptures reflect many cross-currents, a style that is dynamic creating a fluid and curvaceous movement from solid matter. His forms create a rhythm suggesting the elasticity of the human body where flesh is breathing.
His kinetic creations which exude form in every movement can only be revealed by his skill and presentation. Three decades of sculpting motion by just lifting moments as they happen and casting them in his marvelous works. Amongst many awards, he won the Rajasthan State Lalit Kala Akademi Award in 1989, 1991 and 1995, National Lalit Kala Akademi Award, New Delhi in 1995 and All India Art Exhibition Award, Jaipur in 1993. In 1999, Patel participated in the Triennale in New Delhi. He has several solo exhibitions to his credit including exhibitions in canada and China. In 2012, the sculptor had a successful solo show at the Chawla Art Gallery, New Delhi. His works have also been featured at the India Art Fair. Ankit Patel lives and works in Rajasthan.