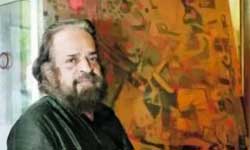 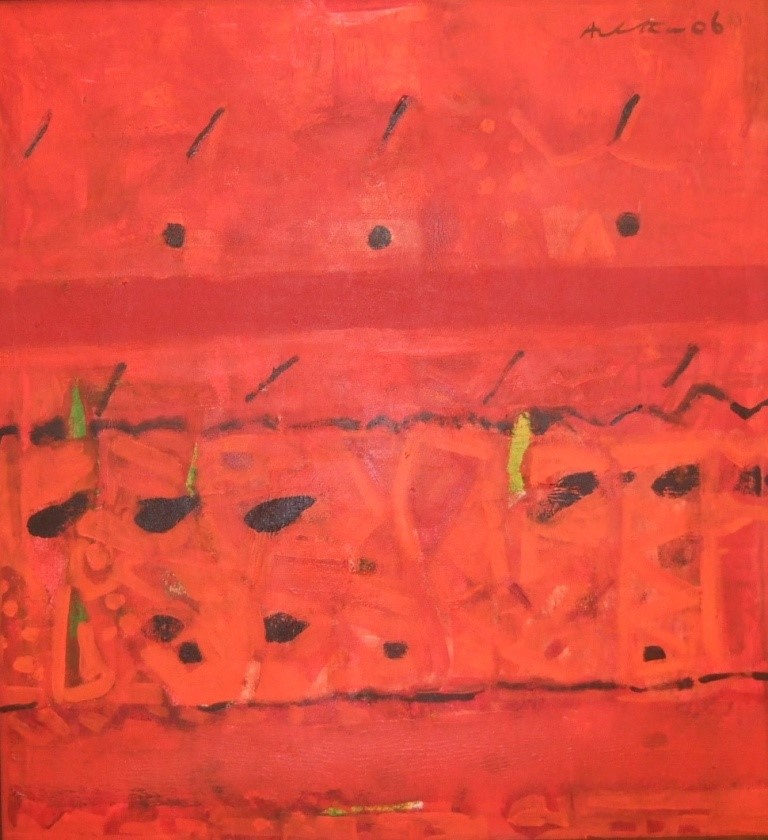 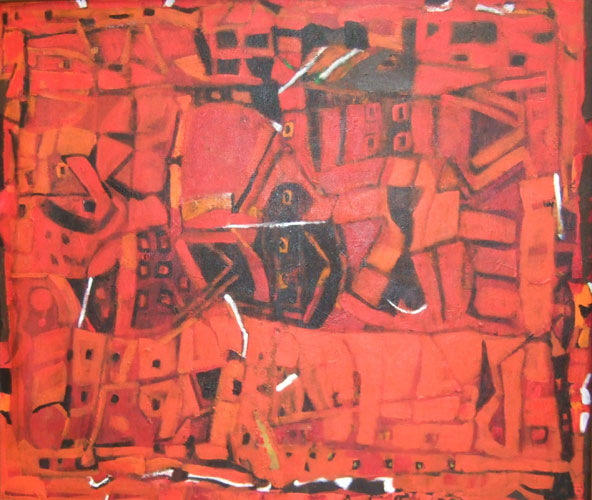 Achuthan Kudallur is a well respected abstractionist in the South Indian contemporary art scene alongside eminent artists such as K.M. Adimoolan, T. Vaikuntam and Laxma Goud.

Born in Kerala, Achuthan basically is a self-taught artist. The most formal teaching he received was in evening art classes at the Government College of Arts and Crafts in Madras.The artist considers himself to essentially being a colourist, being an abstract painter for him is secondary. His passion for colours drove him to believe in the non-necessity of figuration in his works. His works being instinctive and emotional as if depend on colour being their subjects adorned with the dots, dashes, brackets and crosses. The artist asserts in his own way that being an abstractionist is not a simpler path to follow. It is a challange for an abstractionist to achieve the balance in his painting before he considered it a finsihed work.

Kudallur participated in several exhibitions in India and Overseas. He is a recipient of prestigious Awards such as the Tamil Nadu Lalit Kala Akademi Award and the National Academy Award in New Delhi.

The artist lives and works in Chennai.